A CENTENARY OF THE ORGANON

A hundred years ago this year was published the Organon, and with its publication the principles of Homoeopathy were established upon a stable basis. However much the nomenclature of medicine may vary in the future, however far future physicians may be able to analyze the phenomena of life and of disease, it is incredible that the Organon shall not remain the first great statement of a curative relation between drugs and diseases, the enunciation of a law of life with which every unprejudiced observer must reckon. It is the greatest contribution ever yet made by any one man to the Art of Medicine, and if the general recognition of this fact be delayed, yet daily experience has shown us that it is on the lines indicated by Hahnemann that medical science advances with certainty. Surgery during the last forty years has made such progress that the change has been almost revolutionary, but surgery to all intents an purposes has now surveyed its kingdom. Its pretensions to certain provinces tend more and more to be challenged, and enormous as are its potentialities for good, its powers have nevertheless definite limits, and Medicine must strive to conquer the great kingdom of disease wherein Surgery has no power. In this struggle the Organon is the most potent weapon yet forged by man, and he who neglects it willfully deprives himself of his best ally.

It will be interesting briefly to review our positions at the end of the first century of Homoeopathy. The decay of our beliefs is frequently proclaimed, but in the main the wish is father to that thought. At any rate, from Pasteur to Sir A.E. Wright, the bacteriologists have approached nearer to Hahnemann than could have been believed possible fifty years ago. Not only is there a definite approach to the main principle of Homoeopathy in the deductions from the investigations into Immunity, but side by side with that, the study of physics has revolutionized conceptions of matter to such a degree, that many of the great stumbling blocks in the path of Homoeopathy in the shape of the infinitesimal case an the possibilities of dilution are in a fair way to be removed. It was always possible by the path of personal experiment to test the truth of these assertions, but it is idle to deny that they afforded good standing ground for prejudiced minds, and independent testimony on this subject is of the highest value.

Therefore a century of astounding scientific advance finds Homoeopathy in a stronger, not in a weaker, position, and testifies to the marvelous insight an prescience of hahnemann.

What now of the Future? As far as Homoeopathy is concerned the next century, nay, the next fifty years will decide it. Our orthodox friends have (independently in the main, let us do them that justice) got upon the track of the main principle that inspires our endeavor. They will almost certainly be compelled to go further, and if we were to hold our hands altogether it is quite possible that some kind of leaven of Homoeopathy would, under other nomenclature, become a part of orthodox doctrine. Dr. Hugo Schulz, Dr. Huchard, Dr. Cabot, Dr. Gimeno, are all striking examples of the tendency to come to terms with Hahnemann. But, should Homoeopathy come thus by a back way into its kingdom, few of us can doubt that it would fail to bring with it many of its most powerful weapons, the result of all the century’s work and experience. The labors of the actual homoeopathy acquired would be forgotten, to be rediscovered no doubt by degrees, but with great loss of time and of power to deal with disease, in the interval that would precede the rediscovery. There fore we wish to see Homoeopathy strong enough to compel those who tend independently towards it, to take account of its practitioners and profit by their experience. To maintain such a position must be the aim of all Homoeopathists. The New Year is the traditional time for good resolutions. Let every one of us determine that 1910, the Centenary of the Organon, shall be a year of constant effort to improve the position of Homoeopathy and bring nearer the day when full justice shall at last be done to its great originator. 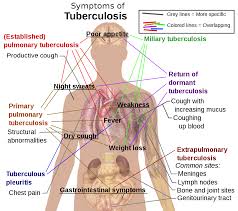