Editor of the Homoeopathic Recorder

Either in the Medical Advance or Homoeopathic Recorder saw a few months ago a recommendation to give or try Thuja in purulent eyes of new-born babies. This winter had occasion to give this remedy twice and both times after Puls. Had failed, and both patients were entirely cured inside of 24 hours under the one dose of Thuja m.

Was called to attend one severe case of ophthalmia neonatorum of one week’s standing where a midwife had been in attendance. First gave Arg. Nitr. M., but after two days the eyes were so much worse that bloody pus ran out of both eyes over baby’s cheeks and mother declared in tears while wringing her hands and walking over the floor “baby is blind, baby is blind I” and soon parents were talking of calling in a specialist. Although dreading the responsibility, I soon convinced them that this would be the worst thing they could do, complaining that such a man would treat the eye locally with strong drugs and very likely do more harm than good. Looking up in Kent’s Reportory found cham. As the only remedy having such a discharge, which remedy stopped that feature of the case, but did not cure the condition. After several remedies found that Sul. Was the right one, which after a couple of weeks cured the case completely, and no harm had resulted to baby’s eyes. 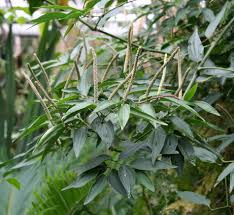