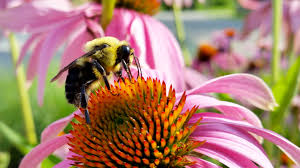 Probably no medicine was ever introduced in the past that the learned, in big wigs and carrying gold headed canes, did not condmn. They are “conservative.” It is a mark of respectability to be conservative. The conservative roosts on an old perch, and refuses to admit that any respectable bird can roost on any other or do any thing that is worthy of noise. Dr. Gould says that conservatism is for the preservation of the conservatives; they are the opposite of the restless bird that must have the newest and latest roost, a new one every night regardless of anything else than newness.

“The council” of the A.M.A. has shaken its wig at Echinacea and said “it is valueless.” They have not tried it, of course, and say that no conservative physician has tried it, therefore it is “valueless.” If any luckless doctor gives his experience with it they ask for “scientific demonstration.” This not being possible they turn away and the matter, for them, is settled. Exactly what a scientific demonstration of therapeutic power is not apparent. If you are on thee roosts of the mighty you can do this, that is shake your wig, quite effectively. To be sure, it has never killed a good drug else there would be nothing of the sort short of Hippocrates. There is one curious thing in this affair, namely, that about the time Dr. Myers was advertising his “blood purifier” (which was Echinacea), Dr. Simmons, in the same state, Nebraska, was advertising something else in the same papers. It pays to become conservative – if you can get on the roost, which is not always possible even though you humbly make a fly for it.

All joking aside, the Council of Pharmacy have condemned Echinacea and give no reason for doing so beyond the assertion that it was introduced by an     “ignorant man,” which, of course, is a very scientific reason for rejecting the drug. The same conservative body also takes up the consideration of Helonias in the same issue of The Journal; they say “there is practically no reference to this drug in reliable medical literature – hence, it may be regarded as a drug not worthy of attention of physicians.” The rule seems to be to damn anything that is new in the way of drugs (excepting those trade-marked in Germany), because it is new, and because it was discovered by a medical barbarian. It must in time be rediscovered by one of the elect to become respectable; this is easily done by surreptitiously consulting the book of barbarians. All of which is said to be very “scientific.” It is also just a little bit foolish.

Great is the wig and the gold headed cane! 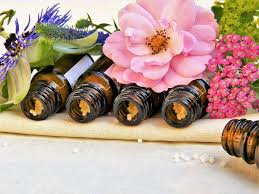