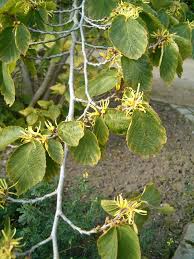 Gilchrist (Surgical Emergencies), under the title of Conclusions, says of Hamamelis that it is indicated when the effusion is entirely haemorrhagic and remains fluid. The part is fluctuating, red in color, and there is no disposition to coagulating (in contradistinction to Arnica, which is called for when the haemorrhagic swelling is firm and coagulation rapid; it removes the clots of blood).

This characteristical effusion which remains fluid belongs foremost to injuries of the eye. Norton gives his valuable experience on this subject: Hamamelis hastens the absorption of intra-ocular haemorrhages. As an illustration, he cites the case of a colored boy who had received an injury on the left eye two days before he saw him. The cornea was abraded, there was some blood in the anterior chamber, and the vitreous was so dark from haemorrhage into it that the fundus could not be illuminated. There was only perception of light. Hamamelis Virg. 3 was given internally and the tincture, 10 drops to the ounce, used externally. After two days, his vision was twenty-fiftieths, and only slight haziness of the media remained.

A few years ago a friend of mine, about fifty years old, in striking a nail with his hammer, caused the nail to fly into his left eye, inflicting a deep cut in the cornea, through which the iris protruded. An eye specialist was called at once, and, of course, wanted the eye removed, fearing the sympathetic inflammation of the other eye, but the operation was refused, the eye bandaged, and the patient left in the hands of his family and friends. Having read the above remarks of Dr. Northon, I proposed to my friend to give him some hamamelis, which, considering the severity of the case, could not make it any worse even if it did not help, to which he readily consented. Hamamelis, in tincture form, I think, was taken internally in cold water, and later on when the bandage was taken off the eye was perfectly healed, thanks to the kind Providence of God, and has remained healed without haziness or cicatrix. I am inclined to think that Hamamelis did some go, although other agencies were at work, not the least of which was the abstemious and morally clean life of the patient.

A year or two ago one of my boys flung, by means of a flipper, a pebble, the size of a small pea, into the eye of his little brother. Being on the spot, I hastened to examine the eye: the pebble had hit the eye on the lid, leaving a black mark as if a piece of shot had hit it; the child could not see anything with that eye; the blood was trickling in a small stream into the anterior chamber and had already collected at the bottom. Hurriedly looking over my notes for the preceding case, to make sure of the right remedy, and being confirmed in my choice. I put a few drops of Hamamelis tincture in a glass of water and gave him a few swallows to drink. The haemorrhage stopped at once, but the sight remained defective until the next day, when all traces of injury had disappeared.

In conclusion I would say: Do not be too ready to nucleate an eye because eye specialists, who know practically nothing of internal medication, find it necessary to do so; but learn to use the treasure of remedies within our reach according to their indications. 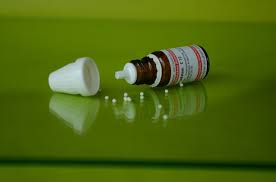 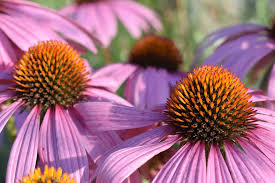