By Dr. Veith, in Breslau.

We excerpt the following from a very thorough and exhaustive address delivered before the Scientific Session of the Central Society of Homoeopathic Physicians, held in Berlin in August, 1905. After showing statistically the poor success of the old school with its medicines, and the limited numbers finally cured by surgery, he still advises the use of surgery where this offers a moderate hope of success. He then addresses himself to the many cases which lie outside of these limits, and considers especially those cases which cannot be operated either from their location or owing to the age or condition of the patient, as also the cases that have been operated on and which should be guarded against a relapse; and he considers that these include at least 75 per cent. Of all the cases of carcinomas. With respect to these, he says:

Let us now consider the armory at our disposal in our therapy, in the contest with this dreadful disease. According to the experience laid down in homoeopathic literature in the last twenty year, and according to my own experience in the last fifteen years, the following remedies are to be considered in the treatment of carcinomal:

Stiegele, in his treatise on the appearance of cutaneous cancer, has pointed very correctly to another relation existing between Arsenic and cutaneous cancer, which may be demonstrated by the technique of the histological coloration. This as is well known, has in a number of cases shown a peculiar relation to exist between the coloring matter and the morphological individuality;

According to Trunecek Arsenic forms a constant reaction in color with carcinomatous tissues, which does not obtain in any other normal tissue. The action of Arsenic on living cancerous cells gives a dark brown or even deep black crust.

The accounts of cures in our literature must always be received with a certain skepticism, for as Dr. Mossa quite correctly stated: “Not everything by far is cancer, which even experienced physicians have diagnosed as such.” One case by Dr. Hoffmann, in Gonda, reported in Volume 143, in the Allgemeine Homoeopathische Zeitung, seems to me of particular interest. In this a carcinoma offering all the clinical symptoms of a carcinoma ventriculi, with a tumor that could be distinctly felt, disappeared after the use of Arsenicum for several months, and this is said to have been confirmed by a dissection at a later day. My experience also shows Arsenicum to be the chief remedy in checking the growth of carcinomas and preventing relapses. Of many cases I would here adduce only one:

On the 28th of August, 1903, Miss V.K. came to me; she was in a very desolate state with extreme exhaustion and emaciation, and had to be led to my office by her companion. The examination showed a knotty carcinoma recti barely allowing a finger pass through. From the local result and the state of the strength of the patient, I calculated the that the patient would only have a few weeks to live. I prescribed Arsenicum, and for the violent pains in the bowels and the tenesmus I gave Bellad. 3 and Colocynthis 3. The reports sent me after this at regular intervals always sounded favorable, and continually more so, and that this was no delusion I could see when the patient came to my office after nine months. The carcinoma was not only no larger, but had somewhat diminished, so that the searching finger could enter much more easily. At her first visit I would have supposed such an improvement to be impossible. She lived half a year longer and finally died of a metastasis in the stomach and the liver. Another interesting case, which I would mention, was a young woman of twenty-four years, Miss P., of Breslau, who first case to me on the 13th of September, 1897. She told me that she had a birth-mark removed from the left breast (nevus pigmentosus) and now she there felt an in duration. A tumor as large as a filbert, of a pretty hard consistence, could be felt. As the patient was young, I did not at first think that the tumor would be malignant, and as it was freely movable and no infiltration of the glands was to be noticed, I first endeavored to influence it with Hydrastis, Conium, Carbo, etc. In this way the tumor remained stationary for about half a year. In May, 1898, there was, however, an increase of the tumor, and I considered that a further delay might prove dangerous and had her operated on. Privy counselor R. Performed the amputation, and established the fact that the tumor was a melanotic sarcoma. He sadly added; “These are the worst of the tumors and almost always return; your will have to see whether you can do anything with your remedies.” I prescribed for her for months Arsenicum, and as a constitutional remedy in addition Calcarea Phosphorica, and I take pleasure in reporting that up to this day, after seven years, no relapse has occurred. She has been married for three years and is the mother of two children, whom she even nursed with the one, the right breast.

Also Compton Burnett recommends Arsenicum in all kinds of carcinomas, and at the same time the use of constitutional remedies, which is certainly of great importance, since these are well able to increase the power of resistance in the cells against cancerous cells that may still be in the body.

Windelband communicates in the 20th Volume of the Berliner Zeitschrift a cure of cancer of the lips which he cured with Arsenic.

In the second place among our cancer-remedies I would place Hydrastis Canad., which according to various authors has shown very favorable curative effects especially in cirrus. In the Annals of the British Hom. Soc., Dr. Bayes enumerates 26 cases of cirrus, six of which he stated he had fully cured with it.

I myself have given Hydrastis with good results in the slowly growing scirrhi of old women and old maids. The pains were very frequently favorably influenced by it. This kind of cancer is comparatively mild, and I have seen persons who lived fifteen to twenty years with it. My oldest patient whom I am at present treating for carcinoma mammae is eghty-five years old. Pander and Schlegel also report noticeable improvements effected in carcinomas and in chancroids by the use of Hydrastis.

Locopodium 30 and 200,  according to mattes, cured two cases of carcinoma of the lips and a case of carcinoma recti.

Clotar Mueller, according to the report in the first volume of the Homoeopathische Vierteljahresschrift, gave Condurango repeated trials, and in his own peculiar style, free from enthusiasm, but also free from the radical skepticism that inclines to nihilism reports of three cases, carcinoma of the lips, with ulceration, a carcinoma of the breast and one of the skin on the lower bend of the ribs on the right side, which were cured by Condurango I.

Compton Burnett also cured an epithelioma on the corner of the mouth with a tumor of the mamma existing at the same time, by a persistent use of Condurango continued for four years.

Thuja became famous by the case of Field-Marshal General von Radetzki who is said to have been cured by it off a sarcoma of the eye. According to Jaeger-Hildesheim, given in tincture, in a case of carcinoma ventriculi it hepat, it almost immediately gave relief in the symptoms and a gradual increase of weight of nineteen pounds. The improvement continued for a year. Also carcinoma mammae is said to react well after it. According to Baratox (in the Revu hom. Francaise) it had a good effect in a case of carcinoma of the larynx.

Kalit cyanatum, according to Mattes, cured a cancerous knot in the rectum; and according to adams and Tyrell it proved useful in carcinoam of the lips and of the tongue.

Argentum nitric. Has proved itself useful in my practice for some time in a case of relapse of carcinoama of the bladder.

But since the decision as to whether we have to deal with a malignant or a benign tumor is often difficult in the beginning, these remedies will often show a favorable effect.

One additional remedy I must yet mention, because for some time it has been frequently mentioned in our literature and found many adherents, namely,       Marsh’s Cancer Remedy, a remedy prepared from plants in the homoeopathic manner, which Rew. Marsh, in Middle burg, Transvaal, states that he frequently used in the cure of cancer He has not so far made public the name of the remedy, in spite of frequent requests; perhaps it in melanthus major, a plant which is in great repute with the aborigines of the Cape of Good Hope as a cancer-remedy. Various authors have tried the latter with good results, and Schlegel especially has reported cures of chancroids, of a carcinoma of the ovary and of a sarcoma of the eye.

I need not say that besides the remedies here mentioned, according to the symptoms which are prominent, a great many palliative remedies may be used, but their enumeration would carry us too far.

Also the eternal application of Hydrastis, Calendula, Eucalyptus in watery solutions or in ointments containing five to ten per cent. Of the medicine should not be forgotten as a relief in pain. Much patience and skill is required in the physician to continually reanimate the courage of the patient, and to finally let him die with the hope in his heart that he will be helped.

It is also important in the course of the disease, which is frequently protracted, to foresee the worse time coming, and to keep our powder dry and reserve our heavy guns, the injection of Morphine, using it only when we see the end approaching.

In drawing the conclusion of our contemplation we must confess that although we homoeopaths. Through our internal remedies are in a better position to alleviate the condition of the poor cancer patient, and perhaps lengthen his life for some months and years, yet we have no reason to fold our hands and be content with our success. Also, we must search and seek to gain additional means to defeat this cruel destroyer of mankind. We should, therefore, greet with joy the fact that under the protection of the Prussian Minister of Internal Affairs a society for the investigation of cancer has been formed. Baden, Wuerttemberg and Bavaria have followed this example.

May these united efforts soon succeed in gaining full light as to the causes of cancer, for as Billingroth has said: “Only from the moment when we shall have discovered the specific excitant of cancer will the possibility of its cure be rendered possible.” 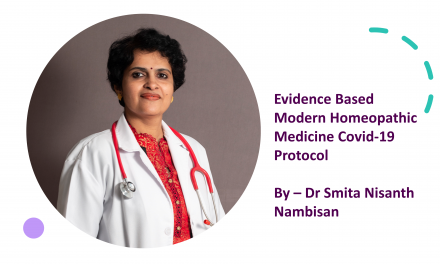