Concerning this drug introduced by Hering, and, in the usual cumbersome manner, exploited by the Pasteur Institute, hering wrote: “When in Philadelphia I happened to fall in with a dog in a state of decided rabies; while he was still living and shaken with convulsions I gathered some of his saliva, triturated it, and soon convinced myself by actual experiment that it was a remarkably efficient remedy. I have cured dogs in the first stage of rabies with it, and also ulcers remaining after the bite of evil disposed dogs. All those who were bitten by a dog reputed mad to whom I administered Hydrophobin continued well.”

“A man became disordered in mind and was constantly anxious from fear that he had been bitten by a mad dog, and was about to become hydrophobic; this anxiety continually increased, and was a constant source of uneasiness to the whole family. I gave him a dose of Hydrophobin, carefully abstaining from mentioning what it was in order not to excite his imagination, and even stating that it was a very doubtful remedy, as indeed was the truth. In a week he was almost free from his fearful state, and asked me whether that was accidental.” The case made complete recovery.

“I had in the meanwhile taken the third step. If the Hydrophobic virus will produce effects, why will not other morbid products? Pus from the eruption of small-pox, and finally from the itch-pustules were the next subjects of experiments.”

“I have for the present named the remedies contained in this entire division of the Materia Medica NOSODES, and understand by this term morbid products, and especially the active salts therein.”

To-day we have serums for practically every known disease with a “virus,” i. e., “germ” applied generally on the principles just quoted from Hering written sixty years ago. The chief difference is that the serums have more show and glitter about them and cost enormously; also they are more dangerous to the patient and less efficacious than the nosodes. The serum men would depend on serums alone, while the homeopath knows that such remedies are but inter current remedies. 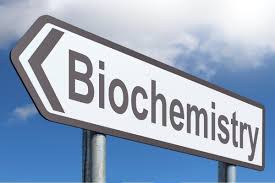