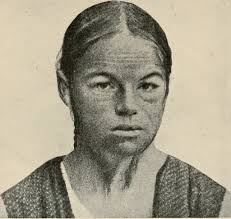 The following address was delivered at Munich on April 25, 1905, at the spring meeting of the homoeopathic physicians of Bavaria:

When in a healthy man the thyroid gland is removed by a surgical operation, there gradually appears a series of symptoms, which point to a disturbance of the nervous activity. Slowly there is formed and anaemia, with consequent bodily and mental feebleness: there is a slow process of invalidism, until total incapacity is reached. The skin becomes dry, rough, with the formation of squamation and chaps, it is thickened and jelly-like to the touch, cold and coarse; this is followed by complete mental idiocy. This condition has been denominated cachexia strumipriva or thyreopriva.

Myxoedema (from myx, mucus, and adema, a swelling) was first described in England by William Gull in the seventies as a disease which manifests itself by a gelatinous swelling and thickening of the skin; it is coarsely elastic, tense. Does not show the impress of the fingers; the color of the skin is pale, anaemic, at times yellowish, very dry, rough, scaly. The gelatinous swelling apperas especially in the face, but is also found on the whole body. The expression of the face, owing to its breadth and the lack of the play of the muscles, as also on account of the swelling, like a mask, is stupid, idiotic, the lips droop, the saliva runs down over the chin; the eyelids and the nose are swollen, the forehead is smooth and projects strongly, the wrinkles of the face disappear. The nails on the fingers and toes become brittle, they split and become atrophied, and the hair falls out. Also the mucous membranes take part in the myxoedematous process, the tongue and the palate are swollen, they lose their mobility, and speaking becomes slow. Awkward and unintelligible. The mind shows the following symptoms: General indolence and clumsiness, general apathy, weakness of the thoughts and memory, the patient appears like the imbecile; they are joyless, tired of life; the original awkwardness changed to imbecility and stupidity even to complete idiocy. The whole image with its indolence, awkwardness and tendency to stay in bed reminds one of a pronounced case of cretinism.

Now, if we compare cachexia strumipriva and myxoedema, their close relationship is at once apparent, and it has actually been found that in myxoedema there is usually an atrophy of the thyroid gland. It seems, therefore, that the lack of activity of the thyroid gland consists, so far as known at present, probably in making innocuous certain toxins which regularly accumulate in the body; the secretions of this organ, therefore, possess a certain chemical property and their active principle is probably Iodium, which can be proved to exist in an organical combination in that gland. According to Kocher the extirpation of that gland causes a disturbance of the circulation in the brain, he views that gland as being in a manner a regulator for the nutrition of the brain. According to Reverend the gland is to be considered as an organ, which secretes from the blood a mucous substance and makes this innocuous; when the gland is removed that mucus collects in the blood and is deposited in the skin and the subcutaneous tissue; the same takes place when the gland is atrophied or degenerates.

This gelatinous deposit in the skin neither consists of fat nor of a serous oedematous fluid, but is a mucous, gelatinous mass, which altogether shows the relation and the structure of the mucous tissue.

The essence of the disease, therefore, consists in the lack of activity of the thyroid gland. An examination of the internal organs at the beginning of the disease does not show any change in them; later, indeed, these organs are also seized with the myxoedematous degeneration, especially is this the case with the heart, the liver and the kidneys, and a gradual destruction of the organism takes place. The disease often drags along for year, the most frequent complication is bright’s kidney disease with subsequent hypertrophy of the heart and debility, leading to dropsy, marasmus, paralysis of the heart or uraemia. In less severe cases the prognosis seems to be more favorable, especially when some of the remedies enumerated below are used. Women seem to be more frequently seized with this disease than men.

The diagnosis is easy; a differential diagnosis can at most be required in the case of thickening of the skin following after frequent relapses of erysipelas or anasarca in consequence of chronic heart or kidney troubles. But an observation of the state of the mind will soon decide this.

Therapy. The treatment of this disease was for a long time merely symptomatic; an improvement of the nutrition, com-batting the anaemia of high degree, in order to work against the progressive marasmus; the results of such a treatment were correspondingly indifferent. The means used were especially massage, change of climate, the springs and water-treatments, especially sulphur-baths; so also treatment with milk and whey; as also tonics and electricity. Only when the essence of the cachexia strumipriva was discovered, and when myxoedema could be artificially produced in animals by the extirpation of the thyroid gland, was the way opened to a more promising therapy. The lack of activity in the thyroid gland was compensated by furnishing the secretion lacking in an artificial manner, and by embodying this in the organism to enable it to protect itself against the continual auto-infection. The attempt was made to supply the organism with the constituents of the thyroid gland in artificial mode. At first an extract of the thyroid gland of animals was subcutaneously injected; later on, the raw scraped thyroid glands of calves or sheep were given to eat either on bread or in bouillon, etc.; of late, prepatations of the thyroid gland in tablets or powders are given the patients. There is a whole string of such preparations; in Germany the tablets of Merck, in Farmstead, are probably most used; these consist of the pulverized dried bland of weathers; there are tablets of 0.1, 0.2, and of 0.3 grams, and the daily dose is usually three tablets.

The treatment with the substance of thyroid glands thus prepared has shown good results, and we read of striking improvement and cures. But these preparations must be long continued, else there are recidives. We would warn, however, against massive doses, as these are apt to cause disturbances on the part of the heart and of the central nervous system with a rapid loss of strength and collapse. Homoeopathic physicians have given Thyreoidin in the third trituration, thus in much smaller doses than are usual, and have had good success.

I have had opportunity in my practice of observing two such cases. A lady in the climacteric period, in the middle of the forties, with pronounced myxoedema, showed a complete atrophy of the thyroid glands with the symptoms of the skin and of the mind, as described above. The disease had developed quite slowly in the course of years; occasionally there had been a cessation in the progress of her ailment. There was no hereditary encumbrance that could be traced. My observation lasted for three years, and I could not observe any visible effect of the remedies used. The patient died in consequence of Bright’s nephritis in a uremic coma.

The second case was that of a lady, thirty-nine years of age. She had been operated in her strum a, owing to dyspnoea and severe difficulties in deglutition; as her relatives told me, during the operation it appeared that the whole of the thyroid gland was degenerated and a cyst had been formed, so that the surgeon had to extirpate the whole of the gland. As the patient well knew the sad consequences of the extirpation of the thyroid gland, the patient had been allowed to believe that a part of the thyroid gland was still left. In consequence of the operation the symptoms of the cachexia strumipriva slowly set in and the patient was well aware of the fact, especially the thickening of the skin on the face gave her an idiotic expression; there was a nephritis; how long this had existed I cannot tell, as her urine had not been examined before she came under my treatment. In the beginning of this treatment there were 3 per cent. Of albumen, as also Aline cylinders; there was a considerable hypertrophy of the left ventricle of the heart, accelerated activity of the heart, constriction of the chest, nocturnal dyspnoea and insomnia and weakness of the heart in consequence of myocarditis. The melancholy combined with continued headache, the fear of becoming insane, the heart symptoms and the insomnia induced me to try Cimicifuga 30. This remedy brought an alleviation of the nervous symptoms; but the heart and the kidneys remained as before. Aurum iod. 4 and later on Calcarea arsen. 4, which were continued for some length of time, each being given three times a day, within three months removed the nephritic inflammation; in consequence, all the symptoms gradually improved; owing to Aurum especially, the nervous trouble quite disappeared. The patient is cheerful, she again enjoys life and there is only a slight bloatedness of the face. Anyone who had not seen the patient before would not now think of myxoedema. Up till now, after three years, there has been no relapse; every now and then, indeed she receives homoeopathic remedies as they may be indicated.

In the homoeopathic treatment the following remedies would seem to be most worthy of consideration:

Argentum nitric. – General decrepitud, vertigo, trembling, marasmus; on account of its penetrating affection, the brain, spinal marrow and the vegetative nervous system, as well as on account of the trophic nervous centers it deserves much consideration; as also for its action on kidney troubles.

Aurum. – Melancholy, apathy, dyscrasy, stupidity, hyperaemia of the brain and mental incapacity, dilatation of the heart and hypertrophy, degenerative processes in the muscle of the heart; weakness and edema of the heart, chronic inflammation of the liver and the kidneys.

Baryta carb. – Dullness, cannot take up any work, weakness of the memory, mental weakness, cannot learn or comprehend any thing; talks awkwardly; bloated face, otherwise spare, anaemic, the abdomen distended; aversion to company, shyness, childishness, idiocy, trembling of the limbs, heaviness and paralysis of the tongue, the saliva runs from the mouth, and the lips droop. Tendency of the skin to deposit fat (lip omen). The is remedy covers quite a series of symptoms and I would be inclined to give it a trial. Its action on the glands is well known.

Calcarea carb. – The skin is dry, bloated, especially the lips and the nose are swollen, fat, clumsy, pale; Laziness; slow and backward. It has relation to the thyroid gland.

Calcarea iod. – Similar; compare also Iodium; it has quite a special action on the struma.

Causticum. – Weakness of the memory diminished mental powers; taciturn, melancholy, suspicious; paresis, paralysis of the eyelids, the lips, the tongue, starting from the brain. It has relations to the skin.

Graphites. – A skin remedy, atrophy of the nails, falling out of the hair.

Silicea. – Indifference; weakness of the mind and memory; gloominess; it has relations to the skin, the hair, the nails and the glands.

Spongia. – Affections of the heart, swelling of the thyroid gland.

Thyreoidin. – Its use may appear from what has been said above; the use of this remedy is to be regarded not according to the law of similitude, but as a sort of palliative. It is an chemotherapeutic remedy.