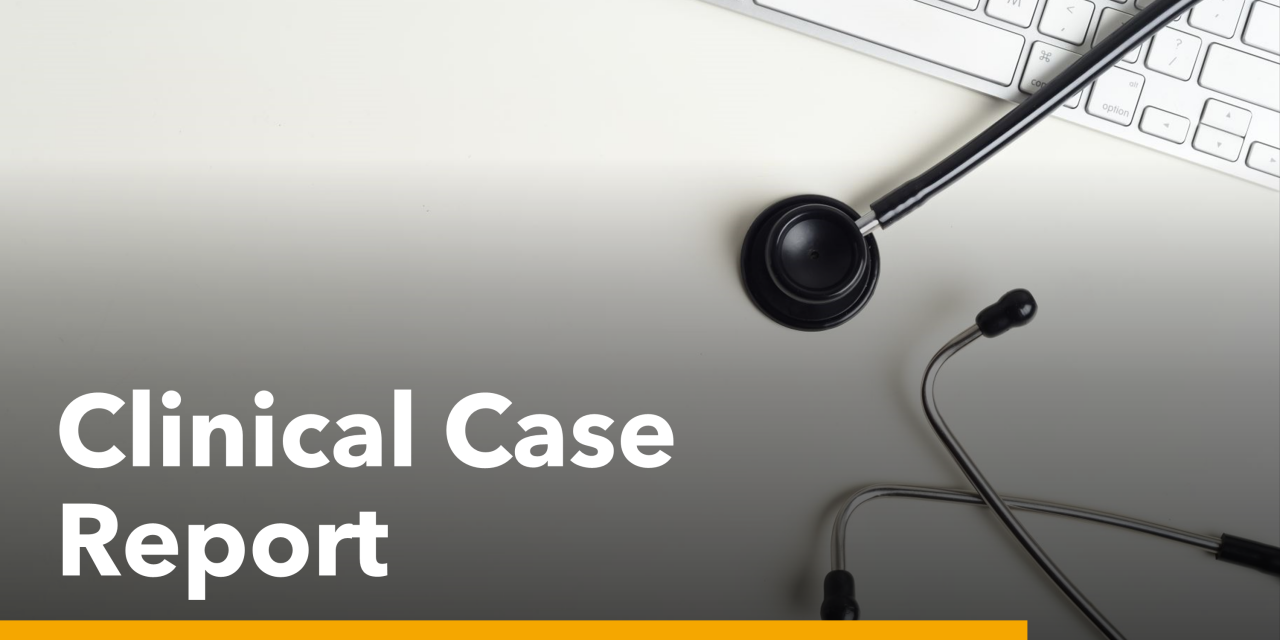 While attending a homoeopathic meeting some time ago I heard a group of members discuss the question, “How do you give your morphine?” These reports illustrate the best way to give morphine and some other things.

A woman of 49 was suddenly seized with intense pain in the left hypochondrium and fell to the floor unconscious. Then began a strange convulsion, so irregular in action that it is difficult to describe. The centre of the spasmodic action appeared to be in the stomach. Respiration was rapid, forced and gasping with efforts to take air into the omophagous with each gasp, so as to assist in equally forced attempts at eructation. The entire body was rigid; tonic contractions of the forearm muscles forced the fingers apart; the stiffened, partially flexed fingers and hands made a peculiarly claw-like appearance. The pupils were contracted, the pulse stringent, fingers and nails bluish, the face, lips and ears cyanosed. When I arrived, the convulsion had continued for nearly an hour. It appeared as if the entire bodily action was an involuntary effort to eructate. A powder of Nux vomica CM was placed dry on the tongue. After two minutes relaxation began and a few minutes later consciousness and rest returned. Soon warning symptoms demanded another dose of Nux, which ended the trouble.

A tall, dark, scrawny man of 72 had been having uremic convulsions. First a frightful convulsion without warning, then three or four others, with anticipating frequency and lessening intensity, then beginning all over again. The only thing the man himself could tell me about it was that he had terrific sharp pains shooting up the body through the sides of the head, then he lost consciousness. The convulsions began by jumping to his feet and struggling aimlessly with loud respiratory gurgling and snorting, frightful facial contortions and frothing at the mouth. Then falling to the floor with tonic spasm and opisthotonos; then coma with deathly pallor, sunken, almost hippocratic features, copious warm sweat and feeble pulse. From this, he would gradually revive and after one to three hours appear nearly normal until the next convulsion. The convulsions appeared during the daytime only but he kept the family in restless solicitude with his disconcerting snoring at night.

After a dose of Arsenicum album 4M, there were merely threatening symptoms once; the albuminuria disappeared and there has been no trouble since—six months.

A year-old child had several convulsions an hour and a half apart, becoming weaker after each one. He was a chubby, well-developed baby, comatose, could not be aroused, sunken features, pin-point pupils, head hot, temperature 104-5. No local wrong was discovered in the thorax or abdomen. One child of the family had died in exactly the same way at the same age. During the convulsion the face was said to be intensely red, appearing as if the blood would burst through the skin. After a dose of Opium 1M, the coma changed to sleep with no more convulsions.

Three weeks after parturition a woman had uremic convulsions and coma. No description was obtainable except that she screamed violently after each convulsion, then lapsed into several hours of coma. Cured in half an hour after a dose of Hyoscyamus 1M.

Nine years ago, an old gentleman with a uremic coma could be aroused sufficiently to answer questions, but always repeated the question before answering. Had been “breaking down” for several months. Urine scanty and concentrated with albumin and casts. Causticum 1M one dose. Rushed to the office to see if a prescription was correct. Returned a half-hour later to find him awake. Sulphur cleared up the urine and he is living yet.

A man of 84 suddenly fell to the floor unconscious. Restless motions of extremities. Keeping arms above head, especially the left. Incontinence of urine. During the month previous had left his sentences unfinished when speaking. Arsenicum 4M, one dose. The restlessness disappeared and the coma apparently changed to normal sleep.

Tom Q., a vigorous fellow of 23, worked in a tobacco field during the early morning and became drenched with dew from the full-grown plants and leaves. He was walking the floor with intense distress from continuous cramping apparently of the entire voluntary muscular system. Every half-hour he had been seized with a violent tonic spasm interrupted with spasms of trembling, and one was present when I arrived. He did not lose consciousness, but his friends had to hold him in a standing position during the spasm. His vision was obscured, countenance greenish livid. He was dizzy when looking far off, being compelled to keep the eyes turned toward the floor. There was intense mental suffering, he was drenched with cold sweat and appeared as though about to collapse. Cuprum CM, one dose. No more spasms, resting quietly in bed in half an hour and made complete recovery.

Woman of 70, began in the lower abdomen, then rising to the chest. and becoming general, consciousness not lost. After the convulsion very talkative, then attempting to sleep only to be aroused with another convulsion. During the convulsion stridulous respiration, groaning and snoring. Lachesis 40M, one dose. No more convulsions; recovery.

A man of 48 had long been notorious for disposing of the regular nightly jags through the various emunctories while on his way home from the saloon. During this particular voyage home these outlets failed him, and he suddenly bit the red clay of Connecticut Valley in a violent convulsion. This was followed by absolute coma with Cheyne-Stokes respiration, frothing, puffing, and snoring, dilated pupils, almost imperceptible pulse. The prognosis seemed unfavourable but after a dose of Opium CM, the pupils gradually became contracted, pulse more lively. Then symptoms of restlessness and exhaustion superseded, which Arsenicum relieved and he was on his feet after a few days.

Married woman of 26 having hysterical convulsions. There was a variety of psychic and physical phenomena, the details of which have been mostly forgotten and her name also so that the record cannot be located easily. The keynote feature was irregular tonic contractions. A dose of Nux vomica, 200, stopped them after a few minutes.

A young lady of 18, sat too long on a cold stone which caused suppression of menstruation, fever, and convulsions. During the intervals between the convulsions, she was smiling and bright-eyed, aggressively affectionate, and nymph-like. A dose of Cimicifuga 2x cured the psychic symptoms in a few minutes and Pulsatilla, the nervous shock and emaciation which persisted some weeks afterwards.

A man of 28 was being rapidly depleted with haemorrhages. The blood was dark, thin and had a putrid odour. Intense mental anxiety, restless and thirst. No haemorrhages after a dose of Arsenicum CM.

A girl of 10 bit her tongue. Next day was summoned in haste. Found patient with haemorrhages, faint sensation, and weakness. The edges of the wound were swollen and black. The blood was blackish and dried with the peculiar appearance like charred straw. A dose of Lachesis 1M was all-sufficient.

A young Italian who had his radial vessels and nerve playfully severed by one of his companions lost so much fluid that he persisted in fainting every few minutes. He became pallid, covered with cold sweat, the pulse slow and nearly empty, and he appeared to have much dissatisfaction with his breathing, emphasizing it with gasping for breath, with wild expression, bulging eyeballs, choking, and rattling in the chest. Could not breathe when reclining. To get rid of these little annoyances and to permit the wound to be dressed without such defiling interruptions he was given a dose of China CM, after which he played his part to perfection and the admiration of his comrades.

A woman had haemorrhages after her third parturition. The leading symptoms were dark, thin, fluid blood and spells of fainting which resembled sleepiness. Enormous distention of the abdomen from above downward. China appeared to control it for a short time but Nux moschata 1M was quite effectual and put the patient in good condition.

A woman with her third pregnancy had albuminuria with oedema, which disappeared with the use of Sepia. It reappeared with a fourth pregnancy and could not be disposed of, though the patient was kept in fairly good condition until confinement. The third stage of labour was prolonged, but the placenta was expelled from the uterus without manual assistance after Kali carb. CM. An hour or two later found her with haemorrhage, continuous but worse during uterine contractions; bright, thin, hot; restless moving, pains in back. Arnica CM made no change. She developed nausea, yawning, eructations, flatulence, faintness, and fear of death. Ipecac CM, one dose. Two and a half hours later- haemorrhage had continued and was rather copious, but her general condition was improved; no faintness, nausea, or flatulence, feeling better and oedema disappearing. The amount of fluid discharged was astonishing but when moving it in the jar it was seen to be thin and watery, merely a red-coloured serum. In this way the dropsy disappeared, and recovery was satisfactory.

A woman of 45 was found almost exsanguinated with uterine haemorrhages from a two month abortion. haemorrhage in paroxysms, aggravated by lying on the back, pulse much more rapid while lying on the back, pallor, cold sweat, distressing, weak sensation at heart, grasping sensation at heart as by a hand. China cm, one dose. The relief was surprising and next day the pulse was good. Artificial dilatation and curettage were necessary to remove the placenta.

A woman of 28 had flooding preceding an abortion of the fourth month. The haemorrhage was continuous, but the flooding, nausea, retching, and contractions came together. The cervix was hard, rigid, elongated, thin and not much dilated. After one dose of Ipecac CM, not another haemorrhage appeared. The cervical canal became dilated, and the uterine contents were expelled with one more contraction without nausea or haemorrhage. Is there a physician who would not like to produce such beautiful results? Oh, what pity that physicians remain blind just because they will not look at anything that is ethereal.

Abortion of second month foetus; flooding; nervous and muscular tension; red flushed cheeks; painful urging in rectum with pain in sacrum; faintness, dizziness, ringing in cars; haemorrhage in paroxysms. Nux vomica CM, one dose, stopped the haemorrhages, then the placenta was delivered within a few minutes.

To critics who would say, “It is wrong not to pack,” I would reply: If you can see nothing but haemorrhage-pack. But if you are not blind to symptoms and know the method, it is your duty to restore order generally and locally first. The correct remedy will regulate the muscular forces and stop a uterine haemorrhage quicker than you can pack, almost always.

A woman was said to have “fainting spells.” After I had seen one with pallor, sweat, dyspnoea, failing pulse and pain in the inguinal region I gave her China 1M and rushed for a surgeon. She became more comfortable, and pulse improved, but we sound ectopic gestation with ruptured tube.

A small boy ate some kind of poison weed for dinner. He had then vomited thoroughly but lay stupid, with hot face, flushed skin, eyelids half closed, temperature 104, rapid full pulse, puffing and frothing at the mouth. Belladonna 200th roused him in less than an hour.

A boarding-school girl collapsed. Pulse rapid, soft, and small, breathing oppressed. Tonic spasm of the face and arms occurred every few minutes, the fingers being spread, and hands curled toward the forearms, accompanied with trembling, producing an appearance like a bird’s foot, the forearms forcibly everted. All symptoms were aggravated by motion. Her physician had prescribed 4 grain doses of phenacetine every two hours for headache, and the dosage had been continued all day. Nux vomica CM cured the distressing symptoms after a few minutes.

Note: Stay tuned!! Soon the cases of part 2 will be shared with you.