ONLY A LOCAL QUESTION 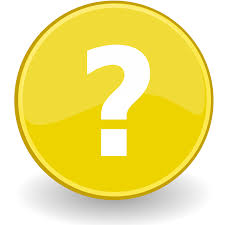 The Buffalo Medical and Surgical Journal, in commenting on the now famous speech of Mr. Ernest Hart, at the Pan-American Congress, where in he charged the Homoeopaths with being “quacks,” proved it by the dictionary, and made a spectacle of himself generally, says: “It seems a pity that the otherwise harmonious proceedings of the Congress should have been disturbed by such an address. However much we may be willing to tolerate a discussion on ethics in our local societies, we have always held that a national or international congress was not the place to deal with this question. It applies entirely and totally to the local societies, and Mr. Hart makes a mistake when he comes to America and drags in such questions gratuitously, as he did both in milwaukee and in Washington. We hope our Homoeopathic friends will not be disturbed by Mr. Hart’s dogmatic assertions, or conceive any dislike to the Congress to have any such matter interjected into its proceedings. We hope it will be excluded from the transactions.”

While the thanks of Homoeopaths are due to the Medical and Surgical Journal for its courtesy, there is no danger of them being disturbed by the outcries and shoutings of men like Hart, or our own beloved Philadelphia Don Quixote, Gould. Homoeopathy has grown to such stalwart proportions that it can laugh at such exhibitions. There is one thing, however, that Homoeopaths should be glad to learn, and that is that the Allopathic question as to whether they are quacks or not is a purely local one. Mr. Hart seems to think it is an international one and in a sense he is right, for surely if a straight-out Homoeopaths is a quack in one place he is a quack in all places. Yet this has its legal limitations; for instance, in Pennsylvania the State now recognizes three schools; hence, if any one of these three chooses to denominate the members of the other two as “quacks,” as Dr. Gould was found of doing, he is in very considerable danger of a libel suit. Ethically of course, from the old Allopathic point of view, every physician, not an allopath, is a quack; but ethics are not law, and some fine day a libel suit may settle men like Hart and Gould, and the whole question, in very short order.