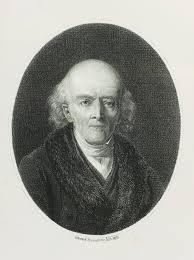 In the last number of the Recorder, the announcement was made that Messrs. Boericke & Tafel were endeavouring to bring out a new edition of Hahnemann’s famous work, The Chronic Diseases. The terms on part of the publishers are, a sufficient number of preliminary subscribers to enable them to see their way. Covering the cost of, at least, a part of the paper and type setting. Among the 15,000 Homoeopathic physicians this ought not be a very difficult matter. The book, for it is proposed to issue the original five small 12mo volumes in one volume, to match the English reprint of the Materia Medica Pura, will be about 1200 pages, printed on fine paper, and bound in half morocco only, the endeavour being to make it in respect to paper, binding and printing, a credit to Hahnemann and Homoeopathy. The first and only edition of this noble book, containing the ripest fruits of Hahnemann’s genius and experience, was printed in the year 1845, and has been out of print for many years, to the real loss of the profession; for it contains Hahnemann’s proving, the basis of the Homoeopathic Materia Medica, of a large number of the greatest remedies, such as Sulphur, Silica, Arsenicum and others of perhaps equal value; in short, the great “anti-psoric” remedies. The reissue of this work is not merely a sentimental matter, but one of real value to all students of Materia Medica. Send in your subscription at once, in order that the great work may be pushed rapidly to completion. The size of the work will be about 1200 large 8vo pages, on fine paper, half morocco binding, $8.00 net, delivered free to subscribers. Subscribe through your pharmacist, or send subscription direct to the publishers, Boericke & Tafel, 1011 Arch street, Philadelphia.

Since the announcement of the publication of that $100.00 pamphlet, a profound silence on the subject of Homoeopathy has brooded over Dr. Gould’s columns, broken only by the following, on May 27th:

The end of Homoeopathy:-In a paper read before the Philadelphia County Medical Society, Dr. John B. Roberta, with entire sincerity of spirit, indicated numerous points of resemblance between so-called Homoeopaths and regular practitioners, and points out that the treatment pursued by both is practically the same. If the position that Dr. Roberts takes is the correct one (note well, however, the qualifying if), there is no true Homoeopathy and those who have designated themselves Homoeopathists will do themselves credit, and increase their usefulness by absolving themselves of all sectarian designation. Under such circumstances we believe that we could bring ourselves to forgive them their little and fading delusion of similia similibus curantur.

To be sure “if.” Apropos of this little “will you walk into my parlor?” overture, the following from the last transactions of the American Institute of Homoeopathy is good reading. It is an extract from the paper of Dr. H.M. Paine, of Albany, N.Y:

“The old school leaders demand and are endeavouring to bring about a forced alliance of the three schools ostensibly for the purpose of establishing uniformity of standards, which they hold, with some show of reason, can only be secured by means of a union of effort in the single examining board.

“This, however, is not by any means their only purpose. Many of them are, with recognized sagacity and acknowledged shrewdness, making special and effective use of the present reformatory laws for securing a union in the single examining and licensing board, whereby the disintegration of the Homoeopathic school will be hastened, and it is believed, in the end will be surely accomplished.

“They frankly tell us, without the least hesitation, that by means of the instrumentality of the single board system, with minority Homoeopathic representation therein, it is proposed to immolate us and our school on the altar of medical licensure; and they grimly invite us to participate in the formalties of our own funeral.

“The Allopathic leaders unhesitatingly tell us, and tell us plainly, just what use they intend to make of the single board system; hence, if we accept it, and take the minority position always assigned to our representatives, we shall do so with our eyes wide open; we will walk; in meridian brightness, straight into the net adroitly laid for our sure destruction.

“The following samples express unmistakeable evidences of an intensity of antagonism, and of a firmness of purpose, to quietly yet surely make use of the means at hand for our destruction, under the guise of fraternal fellowship:

“Dr. D. B. St. John Roosa, in his noted address, advocated the single board system, because it would obliterate sects in medicine.

“He also stated, in my hearing, that ‘Homoeopathic physicians held to the name as a trade mark for business purposes.”

“An old-school graduating class was recently told, that these mountebanks (Homoeopathic Physicians), while giving common drugs in physiologic doses, are willing to sail under false colors for the sake of the practice it brings.”

“An old-school physician, speaking of the working of the Alabama board, stated that ‘as there were only a few Homoeopathic physicians in that State. And as no new ones could enter except through the (old school) County Examining Boards, it was confidently expected that school would soon die out or be absorbed into the Allopathic, and in that way would be gotten rid of.”

“Another, in describing the action of the Virginia Board, stated, that ‘when the Homoeopathic physicians in that State moved for a separate Examining Board of their own, they were given a representation of five ‘ in a single board of about twenty members, in order, as he tersely stated, ‘to smother them.”

“It is unnecessary to multiply these quotations. The fact is patient that the establishment of single State Examining and Licensing Boards can, and doubtless will, be used for destructive purposes, as far as relates to the maintenance of the Homoeopathic as a distinctly recognized and influential school of medicine.”