The Psorinum patient is pale, exhausted and thin; his body as well as all his secretions and excretions have an unusually filthy smell, he seems never to have washed himself; but although averse to bathing, it is not as in the Sulphur case, because he is averse to water, but rather for the reason that he is averse to cold of every description; so much so that the phrase, “He wears a fur cap in summer time,” has been coined; the same has been said of the Silicea patient, however. In addition to this he is very depressed, imagines death to be near and is full of all kinds of fears; this depression borders on melancholy and brings it into close relation with Aurum, Kali iodatum and Pulsatilla, the three most despondent drugs in the Materia Medica; it is not a little remarkable that two of the four should be the principal remedies in tertiary syphilis, while Psorinum typifies a deeply rooted dyscrasia also. The patient has a great sense of weakness, is easily tired out, riding exhausts him and the sun seems to press him into the ground; this exhaustion is often due to a lack of reaction after a severe illness, for which it is the greatest of remedies, if indicated by symptoms like these; “Profuse sweat on slight exertion,” “The body seems too heavy to manage, this tires him out and causes sweating,” etc.,

The most confirmed symptom in its pathogenesis is “ A dark brown, very foul smelling stool which shoots out of the anus,” its chief characteristic being the extreme foulness; such stools may be present in cholera infantum, the attack being preceded by nightly nervousness and awaking from sleep in affright, just like.

The following papers were taken up: First, Dr. Frank T. Bascom, on “Current Topics;” under this took up treatment for pneumonia; the too frequent use of Strychnia was condemned.

Next paper was a report of three cases treated with X-ray and they showed very gratifying results. Of the three cases, one was lupus and one chronic tubercular peritonitis.

Following that was a paper by Dr. David B. Jewett, on “Diagnosis of Incipient Tuberculosis and History of Healed Lesion, which was a very interesting and profitable paper. 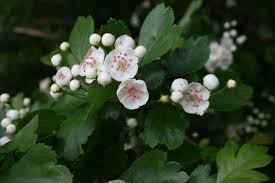