SOME PECULIAR CASES OF INFLUENZA PNEUMONIA 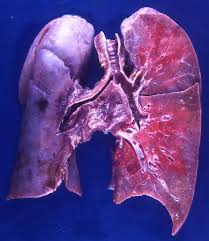 In every new epidemy of influenza the observation made long ago of its mutability of form becomes anew noticeable. This fact is seen even in the merely bacteriological relations of its specific cause. New observations by Wassermann, Doering and Jochmann show that it is often very difficult to find the bacillus of Pfciffer: the active cause quickly vanishing out of the sputurn, etc.

Also the fact that some persons are apt to be taken sick with frequent relapses of influenza brings new difficulties for the theory of the bacteriologist. Pseudo-influenza is spoken of, also of an epidemic imitating influenza, only because the typical bacillus is lacking, while the other characteristic phenomena are present. Jochmann, from this, concludes that also other bacilli, as pneumococci, etc., may cause typical influenza. Also in this case it is seen that the modern view. With its one-sided consideration of the bacillus, instead of being further cleared up, is everywhere confronted with contradictions. Even the bacteriology of diphtheria has proved the inferiority of the microbic proofs as compared with the clinic characteristics.

It might, therefore, be true that the retention of the term “Genius epidemicus” might prove the more scientific in view of the lack of agreement of teachers; denoting by this term the complex of physical atmospheric influences, and the personal individual disposition. Which are the components which give to the epidemics their infinite shadings. While it is so far impossible to see in the action of these influences in accordance with any definite laws. This predominance of the “genius epidemicus” does not show itself only in the factors, which according to the old school, are the causes (the bacteria). But it shows itself even much more strongly in the clinical forms of expression of the epidemy at this day. Thence it is that the conception of influenza-pneumonia is to this day still changing and fluctuating. It is a tedious broncho-pneumonia which is most generally viewed as an influenza-pneumonia. Also here in Stuttgart these lobular pneumoias predominated, while the croupous forms had become very rere. But in the last epidemy, here and elsewhere, the relation has somewhat changed. The clinical course, as well as the pathologico-anatomic image, show again a manifest approach to the croupous form, although there are still abundant shadings of the several phenomena of the disease. A few cases from practice may present this more clearly.

I. Mrs. P.. thirty-six years of age, was taken sick on the evening of April II, with violent stitches in the left half of the back and a strong inclination to cough. When I saw the patient next morning, I found besides the general phenomena of a violent infection, beginning in the region of the right rib. A manifest pleuritic friction, as also in the anterior side from the mammilar region downwards to the left border of the ribs. The patient complained quite loudly of the stitches, the cough had brought up but little indifferent sputa. Unusual was the course of the temperature on the first day, as it showed a decrease in the evening. Herpes labialis.

April 12. During the night there had developed a distinct dulness of sound, with the respiration approaching the bronchial. In the course of the next day hepatization of whole of the left lung developed, with a continuance of violent pleuritic symptoms, especially on the left and in front. After several pseudo-crises, the temperature on the sixth day again mounted high only to take a critical fall on the seventh day. The force of the heart had shown signs of depression on the day preceding the critical solution by a pulse that was frequently intermittent. The restoration to integrity was rapid and undisturbed. Therapy: Bryonia and Veratrum vir.

II. The second case developed in a similar manner, only more briefly. I was called to the patient. Who was forty-six years of age, on the morning of May 10. According to his statement he had been sick and feverish for two days before. At my first examination I found a dulness of sound extending all over the right lung, with bronchial respiration, the sputum being rust colored, etc. Morning temperature 1030 F. In the course of this and the following days the temperature rose even to the critical altitude, to fall to 970 the next morning. With a copious respiration. The resolution ensued, as I supposed, on the fifth day. Thus there was also in this case an atypic relation of the temperature in spite of a croupous clinical and anatomic series of phenomena decidedly pronounced. Therapy: Phosphorus.

III. The third case showed a course of temperature more in consonance with the usual typical process, in so far as the temperature remained at its height during the fully developed pathological anatomical phenomena. Herpes labialis. But also, here we see a remission in the status incrementi and still more manifest was the irregularity in the dropping of the fever. Also in this case (that of a girl, nine years of age) there was a localization on the left side, with hepatization of the whole of the left lung. But the whole image of the disease was dominated by the pleuritic phenomena, which were of exceeding severity. The pains were incessant for days, and were localized according to the little patient (who showed great patience), in the upper region of the abdomen; they increased by paroxysms, leading the beholder almost to suppose that a part of the intestinal tract was undergoing a disease like colic. The abatement of the fever and the intoroduction to convalescence followed on the seventh day. Therapy: Kali chlora. Pho.

IV. In the fourth case the same peculiar variation in the pleuritic phenomena appeared only in an increased measure. On the evening of the twelfth of May I was called to see C.H., a boy five years of age. Who had been taken sick with vomiting and severe colic. On examination I found severe pleuritic friction on the left side anteriorly below, while according to the patient, they were localized in the region of the stomach. The respiration was anxious, in frequent short gasps. The patient vomited everything he partook of, and there had been one pappy stool. When the temperature decreased on the third day, all the phenomena, except some moderate pleuritic pains. Were relieved the vomiting had ceased, and the child next morning was sitting up smiling in his bed, taking his breakfast. In the evening there was a renewed rise in temperature, with a violent return of all the pains and symptoms in the stomach. At the same time there had developed on the left side in the lower lobe of the lung a hepatization, with a changed bronchial respiration. Which continued unchanged until the morning of the sixth day. But the rest of the image of the disease changed in the manner described above, two times more with a disappearance and return of the pleuritic and violent symptoms in the stomach. Therapy: Ipecacuanha.

In observing the last two case; I was vividly reminded of an address of our colleague, Goehrum which he delivered in the Swiss meeting last year on the theme of “Cramps in the Stomach” as a rare symptom of “Pleuritis interlobaris serosa.” The localization and the kind of pains in the cases of Goehrum and in my cases were exactly the same. Goehrum assumed as the cause in his cases, interlobary pleutitis.

I would not venture to reduce my observation as to its cause to more than a suppositions interlobar pleuritis. For to delimit and establish by the side of the fully hepatized lung also an interlobar exudation through physical means, would remain a theoretical chef d’oeuvre. In the cases of Goehrum the circumstances, indeed, were more simple, and I would not express any doubt as to the possibility of his diagnosis. Only in comparing these cases the thought entered my mind, whether in both cases there may not have been an accompanying pleurisy of the diaphragm. The radiation of the pains into the upper region of the abdomen may more easily be thus explained, than in interlobular pleurisy of the lower lobe and much more so than in superior lobular pleurisy. The dyspnoea in my cases, i. e., the reduction in the respiration and the chopped manner of speaking were so pronounced. That it made it very probale that the diaphragmatic part of the pleura was involved. It therefore, seems to me to be justified for referring the rare symptoms of cramps in the stomach to a diaphragmatic pleurisy. The proof of which, indeed, is physically impossible under such circumstances, rather than to an accompanying interlobar inflammation. The physical diagnosis of diaphragmatic pleurisy is very indefinite even in uncomplicated cases. In an exudation which is at all copious. There is a zone of tympanitic sound above the base of the lungs. Which corresponds to the exudation of the compressed lobe of the lung. Clinically, we may observe a triad of symptoms, which cannot, however, be demonstrated in all cases. The first is the presence of a definite point of pain, the so-caled “bouton diaphragmatique de Usy,” it is the point of intersection of two lines, the one of which runs vertically, parallel to the outer border of the sternum, while the horizontal line is an imaginary continuation of the tenth reb. The second symptom of diaphragmatic pleurities appears quite early in the disease, and is a one-sided elevation of the diaphragm. The third sign is the so-called respiratory abdominal reflex, i. e., jerking twitches of the musculus rectus abdominalis; this develops at the height of respiration. I am sorry to say that I only became acquainted with these signs after my cases had been attended to and could not, therefore, apply the test to my cases.

Somewhat striking in my cases was the frequency with which the left lung was affected, while usually it is the right side which, by preference, is the seat of inflammation. I may not mistake in stating, that the character of the pneumonias caused by influenza is gradually changing and that instead of the bronchial pneumoias, which used to be frequent, the lobar type is decidedly becoming more numerous.

The homoeopathic therapy of these affections, of course, conforms to these symptomatic transformations. The literature, with respect to these changes, is extensive and well known, so that I need not waste your time in proving my brief therapeutic sctatements with any lengtly demonstrations. 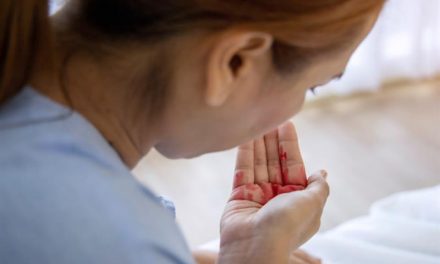 A HAEMOPTYSIS CURED WITH HOMOEOPATHY: A CASE REPORT