Hahnemann’s Sulphur has amply justified itself as the greatest of antipsorics; but greater cleanliness has lessened the need for it considerably. On the other hand our recent moral let down has increased the demand for an equally effectual antisyphilitic.

Swan gave us the nosode Syphilinum and later Abrams reinforced the argument, but like other isopathic remedies it has not taken a very strong hold on the profession; probably because the proving’s are notably fragmentary and weak and also for the reason that its use rests too largely upon presumptive evidence, being in fact almost entirely empirical.

Mercury, Syphilinum and 606 each at times yields almost startling results, but at others fails miserably. All specifics have the habit of doing this, because they are only occasionally indicated. There can be no greater fallacy than to choose remedies for the basis of diagnosis and percentage; yet this is very largely the general custom.

Disease never runs exactly true to form. The variations from case to case contain the very incidents which enable the prescriber to choose the curative similar. This one remedy and this only will again restore vital harmony in the very best possible way; all others modify sickness only, and no more. Provings which decidedly portray disease forms are the very ones that betray us into suppression if not skillfully used. This accounts for many false cures that have often deceived both patient and doctor. The true similimum often redevelops these disease pictures; an impossibility had there been a genuine cure.

The manifestations of tertiary syphilis multiply as our information increases; so that for the purpose of final, individual differentiation we must perforce fall back upon the personal elements of each case. Fortunately these are the very ones needed to build up a correct clinical picture of the remedy which will cure.

Usually luetic patients have suffered many abuses before they fall in with good homoeopathy; then unless some one drug is clearly indicated, it is well to give this nosode to clarify and put in order the confused symptom array. Then it is that an unexpectedly long reaction often follows; but it always stops short of actual cure, which can only be accomplished with the aid of the patient’s constitutional antipsoric remedy.

Dr. Olds: In relation to Syphilinum, I want to tell you a new symptom. A little over a year ago I took a dose of Syphilinum 10M., and following that for a period of, I should say, three months I had the most terrible vertigo that anyone can imagine, vertigo almost under any conditions, but particularly worse rising up suddenly from bed, turning over in bed or going into the prone position, on lying down and also on stooping. Another symptom that accompanied the vertigo was easy fatigue, great weariness in the limbs, perhaps without the exercise that would ordinarily bring it on. This persisted with the vertigo for a period of, I should say, about 3 months.

I also gave that same potency to a patient with somewhat similar results, though not as marked as in my own case.

Dr. Pulford: Mr. Chairman, I was very much pleased to hear this paper. It teaches us one or two things that no remedy, no serum, no vaccine, no nothing is homoeopathic-unless it will produce on the healthy or near-healthy human being those symptoms from which it is called to rid the sick.

I think that was brought out very nicely, that any remedy is homoeopathic only inasmuch as it is not the same but similar.

Chairman Underhill: Dr. Boger, will you close the discussion?

Dr. Boger: I don’t think there is anything to add to the paper. It was produced under rather high pressure, I am afraid a lot of my work is produced the same way, and it is time to let down the pressure a little bit.

TRUTH IS MIGHTY AND WILL PREVAIL 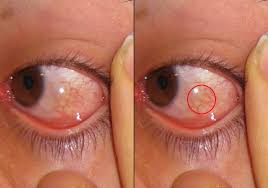