Dr. W.J. Martin read a paper on this topic supplementing one he read at the meeting of the Pennsylvania Homoeopathic Medical Society, and confirming what he then said concerning this remedy in diphtheria.

“Tarantula Cubensis is one of that class of priceless remedies peculiar to our school obtained from the animal kingdom; it is an animal polson; it is a congener of Apis, Lachesis, Crotalus etc…….. In their application to diphtheria there is a welldefined difference in the class of cases to which either Apis Lachesis, or Tarantula is suitable. Apis and Lachesis are called for in cases of a marked sthenic type. In Apis we have great debility and prostration from the start, suspicious absence of heat not much fever, no thirst, etc.

“With Lachesis we find asthenia from the start, intense pain accompanying an apparently small amount of inflammation. As Dunham puts it, “the constitutional symptoms are out of all proportion to the local manifestations.” Membrane commences on the left side. With Tarantula the onset of the disease is sudden and violent; there is intense febrile excitement, as a rule the patient is thirsty, sometimes for small drinks often, and sometimes for large drinks often; anorexia; sometimes vomiting; usually they complain of soreness of throat and painful deglutition; occasionally they do not complain at first of any soreness of the throat and have no difficulty in swallowing; as a rule both sides of the throat are affected uniformly. The following case illustrates the suddenness of the attack and the violence of the onset:

“September 27, 1891, was called early in the morning to a child of about three years who had been put to bed the evening before in good health and spirits. During the night he awoke sick, vomited, became very hot, complained of pain in the head and throat and stomach, was drowsy and stupid, yet would start up every little while as though frightened, cry a little and again become drowsy and stupid. The surface of the child’s body felt intensely hot. I saw him in about six hours from the beginning of the sickness; he was very hot and flushed, pupils contracted, both tonsils very much enlarged, and both covered by a firm yellow membrane having the color of chamois skin.

“prescribed Tarant. 12, a dose every hour, and called again in about fourteen hours, when I found the febrile symptoms all very much modified, add the condition of the throat pretty much the same as in the morning. The remedy was now given every two hours.

“For two days more he took the Tarant., Steadily improving, and then improvement ceased. Now Merc. Iod. Flav. 3, was prescribed on account of the symptoms presented by the throat. Improvement again set in and continued steadily, so that I had the pleasure of dismissing the case on the seventh day.

“At the time this child was sick there was prevailing a very fatal type of diphtheria in the section of the city where he resided. So violent was it that several of this child’s playmates had died within forty-eight hours of their taking sick. Three other cases in this neighbourhood came under my care; all made rapid recovery on Tarantula. This was noteworthy from the fact that cases treated by others either died or made very slow recovery. “I might describe a great many more cases, but think I have now said enough to make clear the sphere of Tarantula in diphtheria, as I have found it by continuous use during a period of eight years.  * * * so great is my confidence in the power of this drug to cure diphtheria of the variety I have tried to describe, that I feel as though there should be no deaths from this much dreaded disease, if recognized at once, and Tarantula cubensis in the 6th, 12th or 30th potency immediately prescribed.” 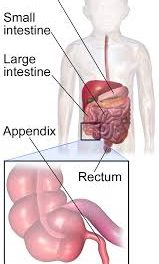