Babu N. Karr’s child (male). Aged six months, came under my treatment on September 10th. 1907, after it had passed several allopathic hands. The child was evacuating greenish-watery, slimy, frothy and sour-smelling stools. The mother is dyspeptic, for which she received Robinia 3x. Looking at the characteristic stool of the child, and the head sweating profusely, I prescribed Calcarea carb. 1000, one dose then paused for seven days, but there was no change for the better. The stool became grass-green, frothy, slimy, and Ipecac. 30c. was prescribed. One dose in the morning was continued for six days. The character of the stool was not changed and as the vitality of the child was ebbing away. I prescribed the same medicine in 6x and 3x potencies for another week. This gave no effect and the stool became more and more profuse and the child was now evacuating profuse greenish-yellow stool, as if it had been coming out of open anus. Phos. 30c., one dose. Next day the only improvement found was that it was not so profuse as before, but the character remained unchanged. I paused for four days after Phos. had been administered, but the stool again became profuse and smelling horribly offensive. The child was found to be nearly pulse less, eyes sunk into the sockets. I hesitated giving Phos. low and looked over the case again. I asked Babu N. Karr (Hd. Clerk Junior Engineers’ office Sahebgunge) if he had been suffering from any chronic malady; he said, yes. For the last six years he had had seminal emissions daily and during the night. He had felt well a month only. It convinced me that the child received some constitutional taint through his father. Then I looked over the stool of Medorrhinum (Clark’s Dictionary of Materia Medica), it ran thus:

Gave the child a dose of Medorrhinum 200c. The next day the character of the stool was found thus:

Yellowish-green (grass-green. Not watery) stained bright-red blood, frothy, smelling sour. Vomiting and retching several times during the day and night. I now came back to Ipecac. 30c. and the child were now improving rapidly and it came round in five days.

SLEEP AND SOME OF ITS DISORDERS 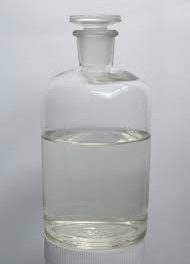