On July 10th I visited a patient and found with her Sister A., of the mission, who had come in from the country in order that she might be operated on a second time. She has been suffering for months from a catarrh of the ventricles of the brain, as she told me; and four weeks ago, at the advice of her physician, she had submitted to an operation. On account of her intolerable headache, the cerebral cavity was laid open, tamponed for about two weeks, and rinsed out, and, since the pains on the left side did not cease, but, on the contrary, became even more violent, the nervus supraorbitalis was resected. Since her pains, after eight days, remained the same, she went back to her monastery and waited. When, in the course of the next two weeks, the pains rather increased than diminished, she went again to the surgeon, who declared that the operation had to be repeated, and even more thoroughly, and the bone would have to be chiseled, as else he could not guarantee a cure. She had determined on the operation in order that she might at last get well, but she required the consent of her abbess, and thus she came by chance in my hands. At the advice of my patient, she desired to make a trial of Homoeopathy, especially as I assured her that there was some prospect of a cure. The pains were unintermitted all over the forehead, and especially on the left side; the forehead was somewhat swollen and very sensitive to the touch. At times the ailment increased so much that the burning pains could hardly be endured; warmth gave but little relief, cold was intolerable. During the last days the lancinations and the tearing had also passed to the right side of the forehead and of the head, while the pains radiated to the shoulder-blade and the collar-bone on the right side; pressure on the nervus supraorbitalis was unendurable. There were aggravations after getting wearied, and especially before midnight. The patient complained very much of her insomnia, stating that she had not slept for weeks; she, herself, thinks that an examination with Roentgen rays was responsible for the severity of the nerve pain, at least it had set in after that; in the beginning the pain had been only in the forehead. The patient was very anaemic, very nervous, super sensitive, but otherwise healthy. Prescription: Chininum arsen. 4 D., alternating with Zincum val. 4 D. Trit., a dose as large as a pea to be taken every two hours. Three weeks afterwards another Sister came in from the monastery and reported that the pains had abated after two days, that the patient had been able to sleep the third night, and that the improvement had steadily proceeded, so that now after two weeks she was well. A few days ago I saw the patient again and she declared that she had no recurrence of the pain. She asked for a remedy against her weariness, as the medicines had at that time so strikingly increased her strength. She received Chininum arsen. 4 D. Trit.

I do not generally prescribe remedies in alternation, as this is always done at the expense of a true knowledge of the case. But in this case, where I could not have the patient under my daily observation, I deviated from my rule, and a favorable result was obtained. But it would have been more satisfactory for the physician if the medicines could have been given in succession. Insomnia was so prominent a symptom. Chininum ars. was selected on account of the great anaemia, and on account of the aggravation towards midnight. The medicines also complement each other very well.

In this case we stood on one side of surgery; it is possible that it might have, in this case, affected something by a deeper operation. But now let us make a bold leap to the other side and we come to the other border, to the point where it confesses its inability to effect anything. I will relate here briefly a case from the year 1899. On May 13th an economist was carried up to my office, as he could not mount the stairs. He was fifty six years of age, and told me that, up to a short time before, he had been lying in a surgical hospital, where he had been directed that his case might be under observation. In the middle of September, 1898, while lying down in the middle of the afternoon, he had been seized with a very violent pain in the left shoulder, so that he could not move his arm any more. He had been treated by his physician with medicines for weeks without effect. In January, 1899, pains in the abdomen and in the small of the back were added, which were very violent when coughing and when taking a deep respiration; in the mean time his pain in the shoulder gradually passed away; but in the left inguinal region a swelling appeared, which gradually increased in size. In the course of February had become so large that he could not move his hip-joint any more, partly on account of the pain, partly on account of the obstruction of the swelling. His physician now directed him to the clinic. They made a trial puncture, but did not obtain anything but blood, and, while the case was observed farther, they put on it Priessnitz compresses. At first they had suspected an abscess; later on they made a diagnosis of a malignant tumor (sarcoma). On account of the location they declared that they could not operate on it, so the patient left the hospital. When I examined the tumor it was in size like a soup plate; it was in the inguinal region on the right side and extended over to the pelvis and the thigh, and according to my estimation, it would have weighed about three or four pounds. It sat immovable on the bone; the skin over it was reddened, shining, but movable; the swelling was hard as a stone, very sensitive to the touch; when moving the hip-joint, which was bent in contraction, there were violent pains radiating toward the small of the back. The patient had fallen off, was anaemic, of yellowish complexion and emaciated. He stated that before this he had always been in good health; he denied having had any luetic disease; there is no tuberculosis in the family; he has healthy children. In deciding on a diagnosis an abscess in consequence of caries of a vertebra was first considered; in such a case, as is well known, similar phenomena appear in that region, but the trial puncture had shown no pus. An affection of the joint was excluded owing to the position; nor was it a disease of the glands, since the inguinal glands lay above the swelling hard and movable. Nothing remained, therefore, but suppose a malignant new formation. I could not get from him any symptoms of importance for a choice of remedies, and so I gave him, without much hope of success, Silicea 30, ten pellets to be taken in the morning before breakfast.

May 28, 1899. I visited him at home. There was a free movement of the joint, he has no more pain, has good appetite and sleep, the swelling retains its size; but he can get up and walks about in the house and in the farm. The same prescription.

June 5. His son reports that he is better, that he looks better, and that the swelling is much diminished in size. Continued Silicea 30.

June 26. The patient comes in himself; he looks bright, is in a good humor; the whole swelling has disappeared; only the inguinal glands remain hard. Prescription: Carbo anim. 10, ten pellets to be taken every morning.

August 8. I examined the man again: nothing is to be seen any more either of the swelling or of the glands. Only when the weather changes, he yet feels some pains in the back. The cure is complete and the man to this day is healthy and works hard.

What do we learn from this case? Not that sarcomas can be cured homoeopathically; for I am not of the opinion that it was a sarcoma, but a swelling of another kind. The previous rheumatism of the shoulder-joint, the pain in the back, the aggravation from wet weather, all point to the thought that it was a rheumatic affection. The swelling of the inguinal glands, it is true admits another explanation. The microscope ought to have decided the matter.

Silicea was selected from our medical treasury, because this remedy has the tendency to make nutritive changes, especially in the cellular tissue; in consequence of inflammations, indurations may appear through copious exudation; these indurationos tend to suppuration, but if Silicea is given early enough it will cause resorption and will prevent the formation of sores and abscesses (cfr. Also furuncles in the neck, etc.) Silicea also produces just in the regions of the joints numerous swellings, tumefactions and inspissations; it is a remedy for rheumatism and gout; rheumatism, especially in the shoulder-joints; finally one of the characteristic symptoms of Silicea is aggravation through touch. On the basis of these symptoms I explain to myself the action of Silicea in this case. A few weeks ago I had to treat a similar case in a woman, sixty years of age. There was a tumor as large as a fist on the right thigh (anteriorly). The swelling was also fixed to the bone and immovable, but the skin was movable; also in this case there was great sensitiveness, but few other points to direct the choice of the remedy. Silicea 4 trit., a dose three times a day, effected a cure in four weeks No Allopathic diagnosis had been made of this case, so I will not enter on a more detailed description.

I would only add a few words as to the action of the homoeopathic physicians in treating cases which border on the surgical domain. I would in advance state that I am not at all an opponent of surgery; whatever belongs to the surgeon should be yielded to the knife. But it is a certain fact, that there are too many operations at the present time. Many cases of induration of the glands of the breast, especially in the climactery, have been cured by homoeopathic remedies where surgeons had already decided that it was necessary to have an operation; from these cases we may see, however, that our school has larger bounds than the old school medicine. It should be a matter of principle for every homoeopathic physician when he undertakes the management of such particular cases that he should carefully examine his patients at proper intervals, so that he may control the action of his medicines; when he sees that the disease progresses in spite of his medicines let him not lose the right moment when he ought to turn over his patient to the surgeon, at a time when it is yet practicable to undertake an operation. I consider this to be absolutely necessary if the objection of ignorance, or, what would be far worse, the objection of conscienceless greed for gain should not be made against us. It is another matter, if the patient, after the matter has been laid before him, refuses the aid of the surgeon, or when the case comes into our hands in such a way as to preclude an operation. I have seen several such incurables, especially cancer patients, die under homoeopathic treatment, and I must confess that they died a far easier death than such patients, as after an operation, died from a relapse.

THE PHYSICIAN A PUBLIC MAN 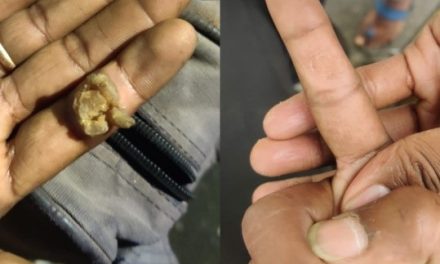