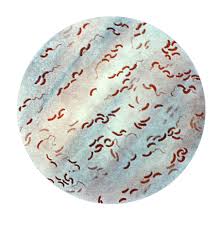 Of sixty-seven cases of Asiatic cholera treated by me in Sahebgunge (Bengal), the following require special mention:

CASE-1. Hindu, male, aged thirty years, was attacked with cholera on the 15th of August, 1904. When I saw him in the evening I could perceive no pulse, except at an interval of seven minutes. He was evacuating profuse rice-water stools with sago sediment; unquenchable thirst for large quantity. Sudden jumping out of bed. I prescribed Jatropha 12x, in drop doses every two hours.

16th August, 1904. No restlessness; thirst at an interval of fifteen to twenty minutes; no vomiting; stool, yellow; pulse, natural, though not healthy. Jatropha 12x, one dose.

CASE-3. 16th August, night. A boy of five years, collapse. Had about sixteen motions and the same number of vomiting. He was yet restless and very thirsty. Prescribed Dr. Salzar’s preparation of Camphor trituration, one grain made into four powders, every half hour.

17th August, morning. Pulse returned, but the boy was screaming and crying loudly. I examined and found this was due to excruciating pain in the abdomen. He was quieted in five minutes by Aconite IX.

CASE-4. 17th August, forenoon. A Mahomedan woman evacuated about fifty times. Pulseless; present color of stools, rice-water; no thirst; coma; can hardly be aroused. Ricinus bx, every hour. No call for the night.

18th August, morning. Pulse returned, but still in coma, Repeated the same medicine every three hours. I saw her again in the evening; much better; she can now articulate and with difficulty described her malady.

CASE-5. 18th August. A cartman, aged thirty-five years, was expiring when I saw him at 10 o’clock in the morning. Deathly appearance; no pulse; labored breathing. Purging and vomiting stopped. Eyes sunk in the sockets. Cannot articulate a single word. I expected every breath would be his last. I at once gave him Cobra 200 C., five globules, which he could with difficulty deglutinate. I would have used hypodermic syringe, but I preferred the internal application in the usual way if it could be done. The patient seemed to be improving. I followed a second dose in another twenty minutes, although this was rashly given without waiting an hour or so to see the effect of the higher dilutions; the patient was almost cured as his respiration was nearly normal. I waited there for nearly three hours to see how he fared, when I saw him in perfect composure in about four hours after the administration of the second dose I was cheerful and returned home peacefully. I saw him again a 3 P.M., he seemed to be all right. I left a few powders of sugar of Milk.

19th August. He is doing well.

CASE-6. 19th August, 1904. A Mahomedan woman, aged sixteen years, was found in collapse state, lockjaw, stools of rice-water, cramps in lower abdomen and vomiting of bile were present. Retention of urine. I injected hypodermically Agaricus phalloides 30 C. And returned home. I was called again in another three hours and saw her in the same state. Injected a second dose and came back. No call for nearly four hours. I was summoned again and saw the lockjaw was gone, vomiting stopped, purging was still going on. I prescribed the same medicine which she could swallow easily. I saw her again in the evening. She was in perfect humor and had no complaints whatever except the purging. I gave her no more medicine and left with her relatives a few powders of Sugar of Milk. I saw her again the next morning, the 20th idem, and found her to be cured. Diet, barley water. N.B.- It is preposterous and non-homoeopathic use to administer a certain remedy in weakness after cholera. Indian homoeopaths have always used China indiscriminately in each case without knowing that the remedy that has worked out the reaction has also its curative power in weakness brought on by the malady. 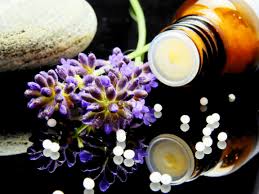 A DEFINITE SYSTEM OF THERAPEUTICS