Heart diseases are commonly associated in the minds of physician with such drugs as Digitalis, Nitroglycerin, Amyl nitrite, Quinidine sulphate, Theophylline, etc.: but Hahnemannian homoeopaths, although employing these drugs, are more likely to use at least three of them in potentized form and with good effects. It is ture that, in cases of decompensation, Digitalis in one of its numerous physiological forms is necessary and such use is in conformity with the secondary action of the drug. In arrythmia Quinidine sulphate, given cautiously, will restore normal rhythm, after which a potentized remedy, indicated by further symptoms, will be needed. Stauffer, in his klinische homoeopathische Arzneimittellehre states:

Digitalis, given to the healthy in the customary doses, does not cause any appreciable slowing of the heart’s activity, even in myocarditis; but given for cardiac dilatation or the disturbance of compensation, it acts. In stronger doses it has cumulative action and therefore must not be given for too long a period of time. The strong doses, such as the 1st to the 3rd decimal potency, are indicated in dilatation, hypertrophy, valvular lesions with disturbance of compensation, weakness of the heart due to over-exertion, oedemas with swelling of the liver, in weak, rapid, intermittent pulse. As soon as the pulse has improved and diuresis has set in, one must replace Digitalis by another, suitable remedy. The weak homoeopathic doses, such as the 3rd to the 6th reflect the primary  action of Digitalis, a slow, fuller pulse, stimulated cardiac action, anxiety at night, compelling the sick man to move about; these disturbances are more the result of nervous irritation of the heart and are observed in angina and as accompaniments of arteriosclerosis. Then must be given, two or three times, one dose of the 6th potency and possibly higher.

I have quoted Stauffer at some lenth, for he was a very able, experienced homoeopathic physician who has left us a work on homoepathic practice and, more especially, the valuable work on materia medica from which this quotation has been taken. Edwin M. Hale in his Lectures on Diseases of the          Heart, published by F. E. Boericke in Philadelphia in 1889, states among many other valuable indications that, “When the appropriate remedy has been selected, the selection of the proper dose in not any more difficult, if we bear in mind this rule, namely: For primary symptoms, the higher attenuations, or smallest dynamic doses; for secondary symptoms, the lowest attenuations, or largest dynamic quantities.” This observation is true and of definite practical value, but one which, I fear, we have largely forgotten.

I have frequently found that the higher potencies of Digitalis, such as the 200. And 1000. Will regulate and slow the pulse, overcoming intermittecny; but single doses must be given and not repeated as long as improvement lasts. However, in cases of failing compensation, with the usual distressing symptoms, the crude drug in some form must be prescribed.

Crataegus oxyacantha, the English hawthorn, has never been proved extensively, but has been used in the tincture always and John H. Clarke in his Dictionary of Practical Materia Medica states; “Grataegus is the nearest approach to a positive heart tonic that I know of.” The remedy has no cumulative action, in this respect differing from Digitalis, and may be given in doses of from 5 to 60 drops of the tincture. That manufactured by Boericke & Tafel has always proved to be satisfactory in my hands, but Lioyd Brothers Pharmacal Company of Cincinnati produce an equally potent remedy in the “Specific Medicine” form, which is of a much darker reddish-brown. Rapid, weak action of the heart, the result of a worn-out body or following over-exertion, will call attention to it. Boger, in his A synoptic Key of Materia Medica, emphasizes “Weak Heart Muscles” and mentions a pulse which is rapid, irregular and small; he speaks of dyspnoea, myocarditis, incompetent valves, cardiac dilatation, angina pectoris and dropsies. Such indications are, of course, purely clinical, but valuable, nevertheless. I have cmployed the medicine in rather large doses, with good effect, in conditions of “tired heart”. Pain in the heart and under the left clavicle is stressed by William Boericke in his Pocket Manual of Homoepathic Materia Medica, but this particular symptom need not be present. Obviously, the employment of the remedy is based alrgely upon empiricism.

Cactus grandiflorus in potency is known to all homoeopathic physicians for its usefulness in the treatment of angina pectoris. Its most important symptom is that of constriction, as though the heart and left arm had been grasped by an iron hand. This description is apposite, but constriction is probably more correct I myself can testify to the great value of the remedy, for in June of 1950 I was seized by a pain and oppression in the cardiac area, together with a very painful sensation as though a rather wide strap were being tightened about my left upper arm, just above the elbow joint. As the pain increased, I took a single dose of Cactus 200.; within three minutes the pain lessened and at the end of seven minutes more disappeared entirely. It has not returned since, although tow electrocardiaographic examinations by very expert cardiologists have established the fact that I have coronary disease. The pathology of this is beyond the reach of any medicine, but the fact remains that I have not had an attack of angina since. Dr. Garth Boericke, in his series of reports concerning the partial provings of a number of drugs, doses not mention the band-like, painful sensation around the left arm, but his proving was made with the crude drug, using one grain pills of the fresh, green drug or two minims of the fresh plant tincture. He states. “in the first place none of the provers developed the characteristic ‘vise-like sensation’ which is so characteristic of cactus. They did, however, have cardiac irregularity and heart consciousness, particularly after they had been on the drug one week. Shortness of breath was marked on exercise and a dull ache over the pre-cordial region. Aggravated by breathing. Was experienced.” This interesting account is to be found in the journal of the American Institute of Homoeopathy, June, 1950, issue. Most assuredly, my own experience with Cactus adds eloquent testimony to what our high potencies can do.

I have used in a cautious manner convallaria majalis and Strophanthus hispidus, though without any striking results. The latter drug has no cumulative action and is said to increase the systole and diminish the rapidity of the heart. There is a proving of it in the Cyclopedia of Drug Pathogenesy. Stauffer states that it works faster than all other heart remedies and that it strengthens the contraction of the heart, facilitates diuresis in dropsies, oedema and ascites. Kidney diseases offer a field for its employment. Stauffer recommends the tincture in the treatment of neuroses which have affected the heart, especially cardiac asthma, and recommends 5 to 6 drops of the tincture, three to four times a day. He also mentions, in cardiac diseases where life is threatened, heroic doses to ward off the danger, after which homoeopathically indicated remedies are to be given, and says: “Unfortunately the homoeopathic physician is compelled to resort to palliative remedies in dangerous situations.” This positive declaration opens up a vast field of debate concerning our school of homoeopathy and raises the broad question of just what actually is a homoeopathic physician? This is not the time or place to pursue the matter, though the implications are clear.

We Hahnemannians believe, and rightly so, that patients be treated and not disease entities; our philosophy so directs us and the command is based upon truth. In any case, we should not and ought not to quibble over dosage where life is at stake. I call attention to a remedy which is very seldom heard of and dis little known. This remedy, strontium iodide, has never been proved, but has been empirically prescribed for arteriosclerotic disease, more particularly where the coronary arteries are involved. I have used it in the 6th centesimal potency and in the 1000th with excellent results. Its symptomatology is basically that of Strontium carbonate, and I have added a good appetite in those who, in general, feel better in the cold, open air.

Where heart pathology is in evidence in older people with definite arterial degeneration, the Barytas are to be thought of. And more especially Baryta mur. Another remedy likely to be overlooked is Tabacilm, a remedy which should receive much greather recognition and study and which is of singnal value in angina pectois. Its indications are known to all.

Kalmia latifolia, the mountain laurel, like Digitalis, has a slow pulse and as is the case with Spigelia, is useful in cardiac conditions which follow upon acute rheumatic fever; its pains shoot downwards and joint pains shift about. At times the pulse is extremely low, even down to 40. It is to be thought of in association with Spigelia, but is readily distinguished from the latter remedy.

Arnica should be kept in mind in patients who have been subjected to heavy work and who, in consequence, have hypertrophied-hearts which may undergo fatty degeneration or dilatation. Soreness of affected parts and fear of being touched are characteristic symptoms. It has a definite place in the treatment of arteriosclerotic manifestation.

Aurun metallicum or Aurum Muriaticum are of value in heart diseases, especially where a syphilitic history can be obtained or when inherited lues can be established. Palpitation and stitches in the heart area, precordial anxiety, cardiac asthma, angina pectoris and arteriosclerosis and mental gloom, at times with suicidal thoughts and inclinations, may be accompaniments.

Spigelia is more often needed in acute endocarditis, following supon acute rheumatic fever, when the pains are sharp and stabbing. The patient cannot lie on the left side, but must lie on the right side with the head high and the body propped up. Motion and touch both aggravate. Audible palpitation is often a prominent symptoms.

Lachesis is to be thought of in cardiac patients, especially in women during the climacteric and post-climacteric periods, with hot flashes and sweats aggravation on waking from sleep, loquacious women, jealous women with sadness and mental depression in the morning.

As all Hahnemannians are well aware, in the treatment of heart disease of any type it is the patient who must be considered as an individual; hence almost any remedy may be of service if the general symptoms of the patient are well marked. It can be said without fear of contradiction that those patients who have received homoeopathic treatment are likely to live longer than those who have been subjected to the customary, powerful drugs employed by the orthodox school of medicine. That school is more spectacular in its methods and indulges in all the theatrical practices and props. Homoeopathy is devoid of these and there fore its very simplicity is its own worst enemy. We do not play to the gallery in our methods. The large number of untimely deaths of which we read and hear daily is to a very large extent the direct result of over-stimulating therapy. Action and reaction are equal and opposite and too frequently the cure of heart diseases is worse than the diseases themselves. Regrettably, our own homoeopathic school follows the methods of orthodox medicine and this slavish obedience to so-called scientific medicine is more and more destroying us. Our only salvation in the foreseeable future lies in the possibility of obtaining large endowments which will enable us to establish post-graduate schools of homoeopathy, allied to hospitals with ample clinical material and manned by Hahnemannian physicians and surgeons. Such a happy contingency seems at the present time very remote. 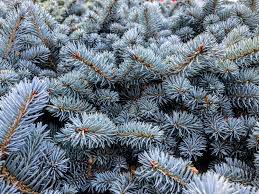 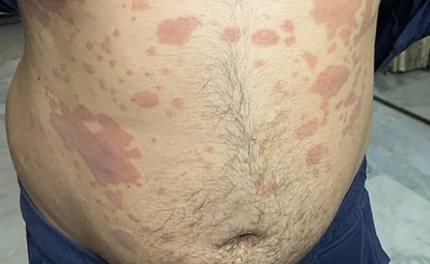