By Dr. Grubenmann, in St. Gallen

In the last meeting of the Central Union in Luzern, after the address of Dr. Wapler on “Diphtheria Serum and Homoeopathy,” there was a very animated discussion, as the serum found so very warm defenders among our homoeopathic physicians. Although it would seem to me that allopathic physicians show more favorable statistics of mortality since the introduction of this serum, I always was of the opinion, as observation and experience have taught me, that the allopathic results in this disease by no means compare favorably with the homoeopathic successes.

Before the use of the serum, the ruling school showed 40 to 45 per cent, of mortality in diphtheria; losing all the severe and moderately severe cases, while I, with many other homoeopathic physicians, in the last thirty years treated many other homoeopathic physicians, in the last thirty years treated many hundreds of cases – I have not an exact enumeration of all of them – and had in this whole number only twenty-five cases which ended fatally; so that my mortality certainly does not exceed 4 per cent. The most favorable result that I have seen Published from allopathic physicians and hospitals, after the general introduction of the serum, was 9 per cent, but more of them showed 12 to 14 per cent , and in many of the cities of Europe it has mounted far higher, as has been shown in detail in the Zeitschrift des berliner Vereins der Homoeopathic Acrzie, in the March number, 1905, by Dr. Dermitzel. I would urgently call the attention of all my colleagues to this meritorious article; they will find that not much that is said there can be refuted. I was about to publish an article in the allgemeine Homoeopathische Zeitung this spring on diphtheria, with a notice of Prof. Kassowitz, whose article I had only read after writing my paper, when the article of my colleague, Dr. Dermitzel, came into my hands. This makes it unnecessary to speak of Gottstein and Kassowitz, and to insist on the fact that all epidemics have their rise and fall and disappearance, even without the action and interference of the official sanitary apparatus, with its terrorizing, disinfecting and vaccination.

Even before I had heard of Gottstein, some twenty-five years ago, I had come to see that even in those periods when there was as yet no proper disinfection, nor any compulsory vaccination, epidemics, e.g., of cholera and of small-pox were sometimes lighter and shorter, and at other times, cerise paribus, more pernicious and of longer duration. At the present time there is a certain terrorism in the treatment of diphtheria, so that it is not a small matter for physician not to use the serum, because in the case of a fatal issue, it would be said, that the person would not have died if the serum had been injected.

In this uncomfortable and fatal situation I have to use the utmost endeavors to avoid losing any such case. I cannot afford to lose any case, even if it should be a sceptical one, while, if the serum were used, without success, nothing would be said. This shows to what a pass we may be brought by advertising, terrorism and the rule of majorities. This explains why I have not now so many cases of diphtheria to treat as formerly; nevertheless, I had twelve cases since last October; of these, four were extremely severe, three with extended diphtheria narium et faucium and with laryngeal diphtheria with a threatening stenosis for twenty-four hours.

I must add that we have not had in the city of St. Gallen any great epidemy of diphtheria for the last six months, according to sanitary bulletins within my reach there have not been more than seventy cases altogether. How many of these died under the serum-treatment altogether I cannot find out exactly, but I have come to know of three fatal cases. Of the twelve young patients under my treatment, none died, but I will not conceal the fact that with four of them I was in considerable anxiety for about four days. For about fifteen years i have not used any other homoeopathic remedies than mercurius cyan., Mercur. Bijod., Lachesis, Apis, Acid nitr. And Lycopodium: in accordance, however, with the experience gathered before in diphtheria, I never give anything below the thirtieth centesiamal dilution, and I may say that I have never had any severe sequel, such as postdiphtheritic paralyses or albuminuria of more than a few days, duration. In my many hundreds of cases I have never as yet had any cases of paralysis of the fauces, the nose, or of the upper or lower extremities, except in the one case of Willy K., in St. Gallen, He was taken sick on November 9, 1994, with diphtheria faucium et narium with a moderate degree of fever; the exudation in the fauces remained quite small for the first three days, while the sharp, corrosive and foetid secretion from the nose made the parts between the mucous membrane and the external skin very sore. On the 13th of November, after almost continuous insomnia and restlessness, there appeared grayish, foul and torn membranes on the tonsils, the arch of the palate and the uvula, tending even to thee soft palate and not only the tonsils, but also the glands of the neck, swelled up, as also the glands on the outside of the throat to a considerable degree, so that thee head and throat showed the well-known and disquieting aspect of a round and pretty much shapeless mass. Here I will not omit to state that in such an advanced state of the disease I not only give Nitric acid 30 and Mercurius bijod. 30 every hour, but also for the last twow years I have been using a homoeopathic remedy externally from the end of the jaw to the neck; this remedy is Arsenic iod., in the fourth decimal dilution, ten drops in one or two tablespoonfuls of absolute alcohol of 95 per cent. Septic cotton is moistened with this and laid on the outside of the neck and is attached with India rubber strips, being renewed every two to three hours. I could always, after twenty-four hours, see some diminution of the swelling of the glands, and I would continue this application at most for four days, always without any ill consequences. In the case of Willy, as a result, the glands were less swollen, the exudation on the fauces also received a better color, became more compact and more yellowish, and the line of demarcation soon showed itself, the red line, for which I always look, and which tells me in the most severe cases that the process of cure is securely established, but fully eighteen days elapsed before the throat was perfectly clean, although the fever had stopped long before; no other case under my treatment had ever taken so long.

It may explain this long duration of the treatment to state that the little boy showed a pronounced lymphatic state, was anaemic and had always been ailing in his digestive apparatus. This case labored for three weeks afterwards with paresis of the pharynx and nose and of the upper and lower extremities; but he attained to perfect health and vigor through the use of Causticum,   Gelsemium and Phosphorus. I do not usually treat an ordinary faucial diphtheria for more than six days, and when complicated with nasal diphtheria for ten days.

Another case that was almost equally severe was that of Emma Gr., in St. Gallen, three years old; but her constitution was better and so she got over her diphtheria of throat and nose, attended with a swelling of the glands on the outside of the throat and of the cervical glands from December 4 to 13 by a brilliant cure. The remedies in her case were Mercurius cyan. 30 C., Lachesis 30 C. And Apis 30 C., while Arsenicum jod. 4 D. Was used externally.

The third severe case was that of Grittli M., combined with diphtheria of the nose; this occurred in October, 1994, and proceeded in like favorable manner.

The fourth severe case was a genuine croup, with only a little and slight formation of membranes in the fauces. On the 9th of December, 1994, in the evening, I was called to see Walter B, and found that he had already lain for twelve hours (after his mother had given him Aconite and Spongia) in a state of increasing stenosis. His temperature was 1040 , with frequent and high pulse, thee suffocative dyspnoea was continuous, not by fits and starts, attended with some stridor. I would here remark, that in genuine croup, as well as in pseudo-croup, whether before of after diphtheria, I never give the dipththeria remedies properly so-called, but always Aconite, Hepar, spongia, Kali bichrom. And Phosphorus in the 30 C. ; of these this patient received Hepar, Kali bichrom. And Phosphorus. These remedies have hardly ever left me in the lurch in laryngitis diphtheria, and I was astonished when the parents of the boy sent for me in a hurry on the following morning, because the boy still had stenosis. Without hesitation I gave the boy also the alcohol compresses with Arsenicum jod. 4 D., as large as a plate, over the region of thee larynx, and by evening the dyspnoea and all danger were over; nor was there any farther formation of membranes in the fauces or the nose. Arsenicum jod. Helped also here, although there was no glandular swellings, for few of my colleagues will suppose that a stenosis of the larynx which had steadily increased for twenty-four hours without any free intervals should by some lucky turn have passed into a spontaneous cure.

I would again emphasize that I consider it a condition sine quanon for a successful treatment of diphtheria, that the thirtieth centesimal potency be used, and although I consider the lower dilutions as indispensable in many other forms of disease I would absolutely not dare to pass in this case below the thirtieth potency, and I conclude with the words of Bacon of Verulam: truth is the Daughter of time, not of authority.

A CASE OF MISTAKEN DIAGNOSIS 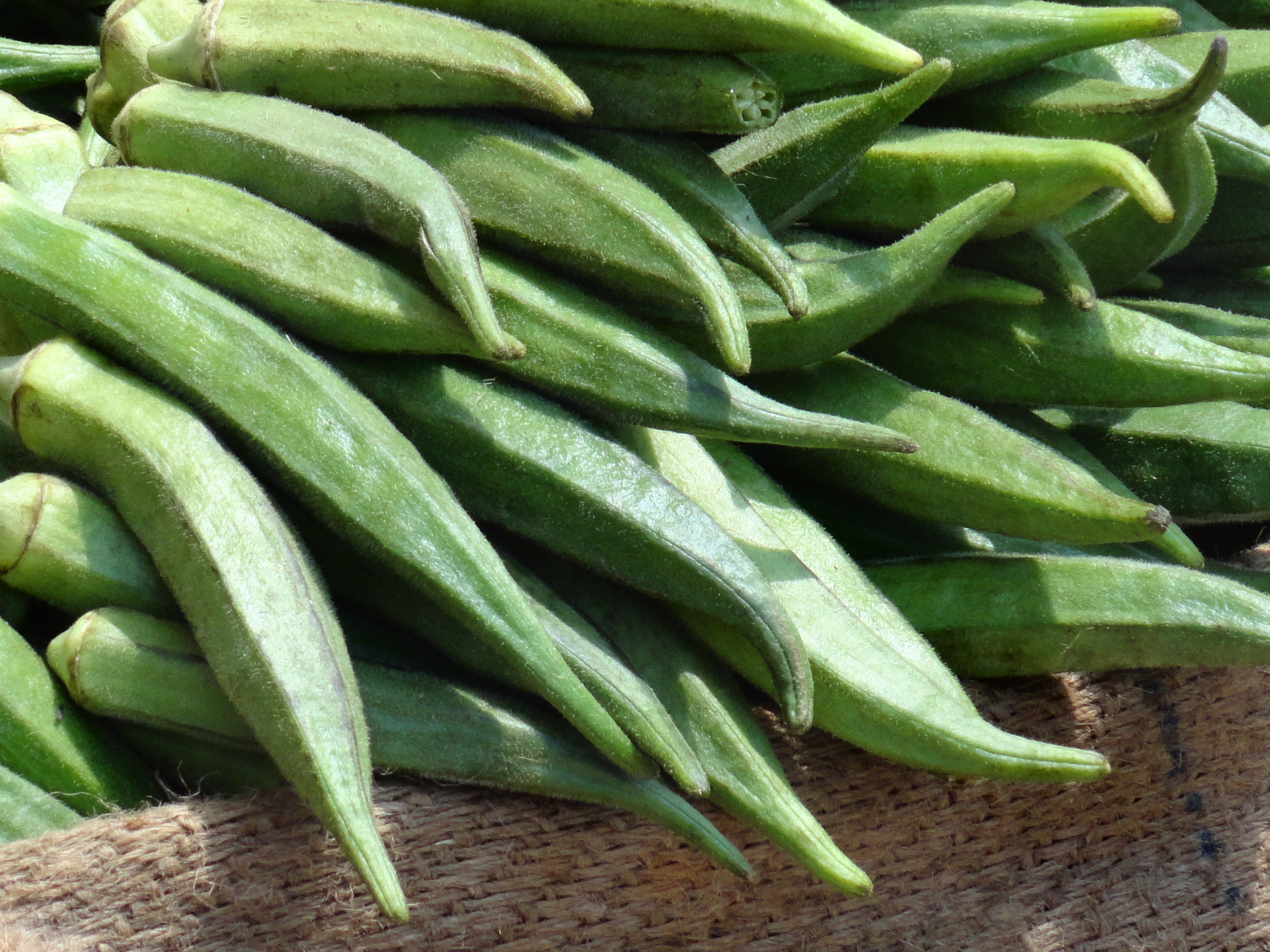