Hahnemann proved Sulphuric acid, and says that it has cured affections characterized by “tension in the eyelids in the morning, short-sightedness, hardness of hearing, inguinal hernia, chronic looseness of the bowels, profuse menses, metrorrhagia, roughness in the throat, asthma, swelling of the feet, coldness of the feet.”

It will be found useful in old people of exhausted vitality where there is great weakness out of all proportion to ailments. Old debilitated, decrepit individuals with faltering step and failing energy, whose powers of life are on the wane and whose chief complaint is weakness – “so weak they can scarcely wobble;” the fire of life is nearly exhausted, leaving only a faint and flickering flame.

A peculiar nervousness accompanies this great weakness, a nervousness and trembling which one would expect where there is so much debility; but, strange to say, it is chiefly, if not entirely, subjective. The patients will say they feel as if trembling all over. “And do you tremble?” we ask. “No, but I feel as if every nerve in my body was trembling.” In a case seen by me recently the patient, a woman, said, “I feel as if all my internal parts were trembling.” This sensation of trembling without actual trembling is perhaps the best known symptom of the remedy, and while it is a valuable characteristic which has been often verified in practice, there are a number of others equally useful and reliable. Notwithstanding the great weakness, nervousness and trembling, they must do everything in a hurry. A woman will complain of being very weak, nervous and trembling, yet whatever she undertakes she does in a great hurry. “Agitation precipitation and impatience” expresses a condition often found when this remedy is needed. Many complaints are worse in the morning. Aggravation in the morning is a strong indication for this remedy. Cross and irritable, worse in the morning, ineffectual urging to stool, is a group of symptoms belonging to this remedy, but for which Nux vomica is generally given. Weakness of the whole body, with sensation of trembling; there is a sensation of soreness, as if bruised over the whole body, and when we remember that it causes blue spots like ecchymoses, livid spots, yellow skin, scars turn blood-red or blue, etc., it is easy to understand its clinical application in the bad effects of mechanical injuries where such symptoms are frequently present. There is haemorrhage of black blood from all the outlets of the body, and it has been successfully used in purpura haemorrhagica, and in low forms of fever, especially yellow fever, when such haemorrhagic state was present. Haemorrhages from the lungs, stomach, bowels, kidneys, bladder, uterus, nose; epistasis, oozing of dark, thin blood, worse from smelling coffee; bloody expectoration, bloody urine, stool, etc., etc. A great haemorrhagic remedy. A general sour condition characterizes the patient; sour, mentally and physically; sourness of secretions and excretions; sour vomit, first water, the food. Little children smell sour in spite of frequent bathing . A negro woman said her baby smelled “as sour as swill,”. Which puts it in language more expressive then elegant. There is great craving for liquor, especially brandy, and it is said to remove this craving. It is often indicated for the chronic effects of excessive drinking. Long after the initial stage of inebriation, with its big head and bad taste in the morning, irritability of fibre and function, for which Nux vomica is so often the remedy, years after this comes the chronic stage of intemperance, and we behold the old drunkard whose tottering, trembling, feeble frame is all that is left to mark the mirth and merriment of many jags and jugs. If now, he have sour vomiting in the morning, with great craving for liquor; can drink no water unless mixed with liquor, as it causes a disagreeable cold feeling in the stomach; is troubled with chronic heartburn and sour eructations, with a cold, relaxed feeling in the stomach, Sulphuric acid is the remedy.

Great paleness of the face accompanies many conditions, and often it feels as if the white of an egg had dried on the face. The eyelids also have this sensation of stiffness and tension, especially in the morning, when it is difficult to open them. This sense of stiffness, tension and want of elasticity is found in other parts, notably the tongue, where it interferes with talking; also the larynx is painful and the parts feel deprived of elasticity, which interferes with talking. the knees are weak and the ankles may be so weak that walking is difficult or impossible. I once had a typhoid patient who made a good recovery, but complained of weakness of the knees. They would fade away on walking. With this there was a strong desire for coition. Sulphuric acid cured him.

Cold sweat immediately after eating warm food is a strange symptom, which should be remembered. Prolapse of the vagina may seem a common or unimportant symptom, but Lippe’s Repertory mentions only six remedies having this, and it was one of a symptomatic tripod which led to the cure of a long-standing and very obstinate case. Sulphuric acid has this.

Some years ago I was called to see a girl, nine years of age, who was suffering with membranous croup. The hoarseness, croupy cough, dyspnoea, pulse, temperature and entire morbid aspect presented a picture that is not pleasant to contemplate. Watching her awhile I observed that she would cough, then belch; after each cough belching. The face was very pale, pulse rapid and weak. I noticed a bottle of brandy on the table, inquired what it was for, and was told that the child craved brandy from the beginning of her illness, although she had never before wanted any liquor. Belching after the cough was the most important symptom, and this was supplemented by the morbid craving for brandy and the great pallor of the face. Sulphuric acid 200 cured this case.

During change of life in women it is often needed for the flushes of heat with sweat associated with the subjective trembling. A patient of mine, a woman at the menopause, was suffering from an attack of bronchitis; complained of great weakness, cough and profuse expectoration, fever, accelerated pulse, etc., chitis. She complained of the perspiration, which was mostly on the upper part of the body. “Do you perspire all the time?” I asked. “Oh, no,” she answered, “as soon as I move a little it stops.” Strange, was it not, that she should perspire less on exertion than during repose? Sulphuric acid cured her.

A Sulphuric acid patient with some skin trouble will say that scratching does not relieve the itching, but changes its locality. It is a long and deep-acting remedy, corresponding to the depths of physical depravity. 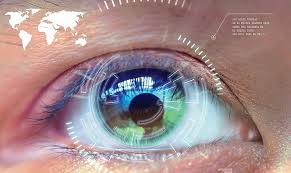 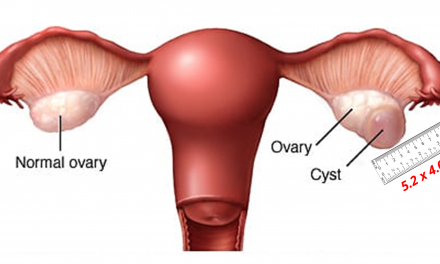