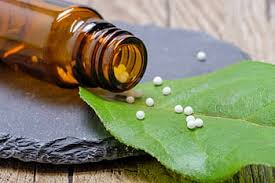 The following is taken from a paper by Dr. Arthur Grunever, Glenn Cove, Long Island, published in The Chironian, December. Dr. Grunever has had plenty of experience, for he writes: “Upon leaving college I came to Glenn Cove and have had a constant stream of malarial cases.” As regards quinine he says: “I believe that about 2 per cent. Of all cases can be really cured by it; about 96 per cent, can be relieved of the outward symptoms for a varying length of time and 2 per cent. Are absolutely uninfluenced by any amount of it, or are aggravated by it.”

“Nearly all my cases come to me having taken large amounts of quinine. Unless they show some well-marked symptoms, my first prescription is Ipecac 3x, and tell them to come back in two days. This will cure more cases than quinine, and if not curative, will clear up the case so you can really get the proper symptoms.”

“Then carefully go into each of the four stages for symptoms. Most cases will show prominent guiding symptoms for a certain drug, and when they do you can give the drug and tell the patient positively they will not have another  chill.”

“Most cases can be cured by one prescription. If I cannot stop the chills in a week or ten days I am discouraged and resort to quinine. I do this knowing that unless I do, I will lose the case to an allopath, and he will give quinine, and I can at least do that as well as he.”

“To me, nothing yet equals my pleasure and amazement in curing these cases by homoeopathy. A young man aged 24, nephew of an allopathic doctor, came to me after several years of quinine with chills recurring several times a year; came to me with a chill. I gave Ipecac 3x. This was April, 1999; he gained twenty-four pounds, and has not had a chills since. I did not try to get his symptoms for the first prescription, but gave him Ipecac, knowing it would clear up the case and possibly cure it.”

“A young lady came to me in May, 1906, recurring chills from six to seven years previous, large amounts of quinine. I tried my best, and she had severe chills for four weeks without any relief from my drugs. The mother was angry and disgusted, and the atmosphere of that house was decidedly chilly to me.”

“I worked hard on that case; repertories by the hour. I finally had used all the drugs possible except sulphur. I could not give sulphur for malaria; that was my prejudice. Finally in desperation I turned to sulphur and found the exact similumum. She was due to have a chill next day near noon. I was there at 8 A.M. One powder of sulphur 30 in water, dose two teaspoonfuls every two hours. She did not have that chill, and has not had one since. I had the mother this spring and Gels. Cured her.”

“The father is in the U.S. service, and had been known as a malaria case for years. The service doctors had taken many samples of his blood, and always found the germs. He wanted me to try to cure him; he was not having chills and felt fine. I told him I could cure him inside of a week or bring on his chills.

He said, “Go ahead.” I gave him Ipecac low, and on the fifth day he had a beautiful chill. I gave him Arnica, Eup. Perf., Eup. Purp., each one a bad prescription; chill every day. Wednesday night he placed twenty grains of quinine on his table, and said, “I take that Saturday if I have a chill that day.” Thursday I gave Nat. m. 200, one powder at one dose and Sac. Lac. That day he had a very slight chill and never another. I gave a dose of Sulphur, and two more doses of Nat. m. two doctors attached to the service visited him during his illness. Ten days after his last chill I told him to go the them and have a blood test, and with negative results for the first time in many years.”

HOW TO STUDY THE REMEDY, ILLUSTRATED