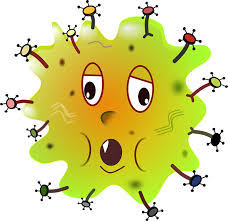 Of late our ears are never permitted to rest from the omnipresent sound of this helpless and innocent individual. At every street corner, and almost in our morning cup of coffee, we are constantly reminded that we are in deadly peril from its ravages, until the query arises as to whether life is worth the trouble it would take, if anybody were so silly as to attempt to escape by following thee vague, various and altogether troublesome advice of the ordinary medical man of the twentieth century, as to ways and means of escaping the pangs of these altogether useful and harmless bugs. Even the ever progressive chemist, in his astounding directions to us poor, ignorant doctors as to just how we should practice medicine, and I have always thought that this required a large amount of nerve on his part, sings to us the same old song. Their stories are usually introduced by a statement to the effect that all disease is caused by germs, and all we have to do is to have our patients swallow several bottles of Dr. Killem’s Lung Balsam, which is sure death to the germ, and is guaranteed not to injure the patient. They are so very solicitous of the doctor’s success, just so long as he is fool enough to prescribe their nostrums, which brings them the patient’s dollars, leaving the doctor to hold the bag, which remains empty.

But the latest comes from the ever ready pen of that very able and ethical germophobist, Dr. Arnold C. Klebs, of this city which appeared in “The Daily News” of March 4, 1995, entitled “Spitting and Tuberculosis,” in which he says that “Many experiments have been made, which prove conclusively that inhaled tubercle bacilli do cause tuberculosis; of course, not in all cases, because the inhaling individual has to have it in him.” Italics mine.

Would Dr. Klebs be so rash, in this year of grace, 1995, after making the statement quoted above, as to teach that the bacillus is the cause per se, of tuberculosis? No one who is familiar with the subject claims this to be true but that bacilli form ptomaines, and these cause the disease. But if this be true, why do these ptomaines prove so much less malignant than others? We all know that if the healthiest person eats meat or vegetables containing ptomaines he is sure to suffer the consequences. But in the case of tubercle bacilli there are no deleterious results produced on one who is in good physical condition.

Dr. Klebs tells us that “ He must have it in him” before they can be productive of harm; and then, as if he saw that this proved too much, he adds that he “has to be predisposed in order to give a favorable soil for the growth of the germ.”    By what rule of logic does the doctor use this as an argument to prove that the germ is the cause of tuberculosis? But he does not stop with these statements, but gives an illustration of his conception of the cause. He says: “The chances for getting rich, renowned, respected are there for everyone, but not everyone ‘has it in him’ to ‘catch’ such positions.” Now, I wish a careful perusal of these statements that I have quoted. Clearly, they teach that he believes thee cause of some being successful is that they “Have it in then.”

Then, in all candor, does he not prove that thee condition of the system is the cause of tuberculosis, rather than the germ? Taking his own statements and applying to them the simplest rules of logic, he proves the germ to be a result of a cause that he says “The inhaling individual has ‘to have it in him.’”

He, like many others, ignores the most important factor in thee production of tuberculosis or any other disease, viz., vital force; because, like others, he has been trained to think only of the material, that which he can see, handle, weigh, measure, forgetting that these physical qualities belong to but an infinitely small fraction of this universe.

I think that Dr. Klebs will agree with the statement that the children of tubercular, parents are more liable to contract the disease than those whose ancestors are healthy. If so, will he be so kind as to tell us why? I think he will also agree with me that life insurance conspanies in general do not consider such persons good risks. Will he tell us why? Did they inherit anything that makes them so? If so, what was it? No one now believes that the germs are transmitted from parent to child. Then what is transmitted that makes them more liable to contract the disease then others? And is this something not the cause? If not, what is?

During the two score or more years that the germ has occupied such a large place in the minds of the medical profession, not a single one of them has ever written or said a single thing that could prove to anyone capable of seeing both sides of a proposition that the germ is the ultimate cause of disease. They all arrive at the same point that Dr. Klebs does, viz., that he must first “have it in him” before the germ can do any harm.

For ages the medical profession has been looking through a microscope, and searching through the tissues and organs of the human body in a vain attempt to see the unsaleable, and thereby discover the cause of disease. And when they have found certain pathological conditions or changes, they at once have told an astounded world that these are the cause of the disease in question. But it never seemed to have occurred to them that there must be a cause for these changes that was operating on the individual before the changes were wrought.

Pathology, or, more properly, morbid anatomy, is never a cause, but always a result of disease, thee cause having been acting previously. The germ can only live in tissues that are so diseased that they have lost their power of resistance. And in all that class of so-called chronic diseases, the type of which is tuberculosis, this is the result, simply, of lowered vital forces. This is what the child receives from its ancestors in those cases in which heredity plays a part. Who can discover the weight, size or color to this vital force? Force or power has never been discovered. We only, know it by its effects.

If the germ is the cause of tuberculosis, why do all physicians direct their treatment of the disease entirely to building up the vital force by engaging every known means to increase nutrition? Why have they abandoned the once popular idea of saturating the patient with phonic acid and kreoste for the purpose of killing the germs? The reason is obvious. They soon discovered that the treatment killed the patient, without doing serious harm to the germs or sensibly affecting the curse of the disease.

It is a well-known fact that the healthy human blood will kill any disease germ at once, when it is so unfortunate as to get into it. The white blood corpuscles are the only germ killer that Nature ever uses. This explains the present efforts by the medical profession to build up the nutrition, thereby increasing the vital powers and the number and quality of the white corpuscles, and in this manner increasing the power of resistance against disease, or assisting nature in throwing it off. 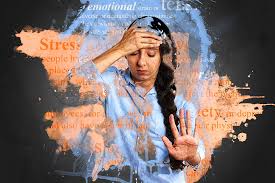 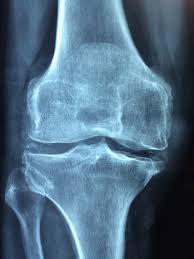 SOME CASES OF RHEUMATISM