Sir William Mac Ewen, M.D., Glasgow, Fellow of the Royal Society, and Professor of surgery in the University of Glasgow, has recently come forward with a drastic enunciation of the fad of appendectomy, which has been rapidly increasing within the past ten years. Professor Mac Ewen has exceptional opportunity for the observation of the function of the cecum and appendix, and he finds ample ground for the conclusion that the cecum is, like the stomach, an important digestive organ. He finds that the cecum and appendix are lined with glands so thick set together that they cover almost the entire surface. These glands secrete a digestive fluid which is of the highest value when combined with other juices brought into the intestinal tract. The mucous secretion of the appendix also exercises a controlling in influence upon the development of microbes in the colon.

He also says that the cecum is prepared for the digestion of foodstuffs through the small intestine by the pouring out of a large quantity of mucus from the appendix. The reason for this was made apparent by the observation that the ileocaecal valve is so constructed as to direct the intestinal contents which pass through it upon the mouth of the appendix. The Mucus poured out of the appendix evidently serves the purpose of lubricating the alimentary bolus while at the same time restraining the development of bacteria which might do much mischief by the formation of ptomaines and toxins-which, when absorbed into the blood, may work vast mischief throughout the body.

Mac Ewen, in common with other observers, has noticed that in nearly every case of appendicitis the patient’s history shows the pre-existence of indigestion.

It appears, then, that in a state of health the appendix is a highly useful organ, and that it comes to be diseased only as a result of pre-existing diseases of the intestines which gradually develop in the cecum and extend into the appendix.

Professor Mac Ewen has observed that persons from whom the appendix has been removed are subject to frequent attacks of prolonged and often, incorrigible diarrhea. He is fully persuaded that the appendix performs a necessary function in the human body. Whenever a man is able to live without his appendix, it is only because he is able to tolerate that condition, just as one may live after having had removed a portion of the lung, one kidney, or a part that is recognized as being essential to the healthy man. 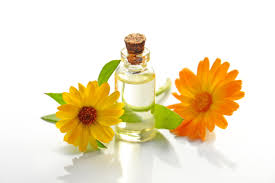